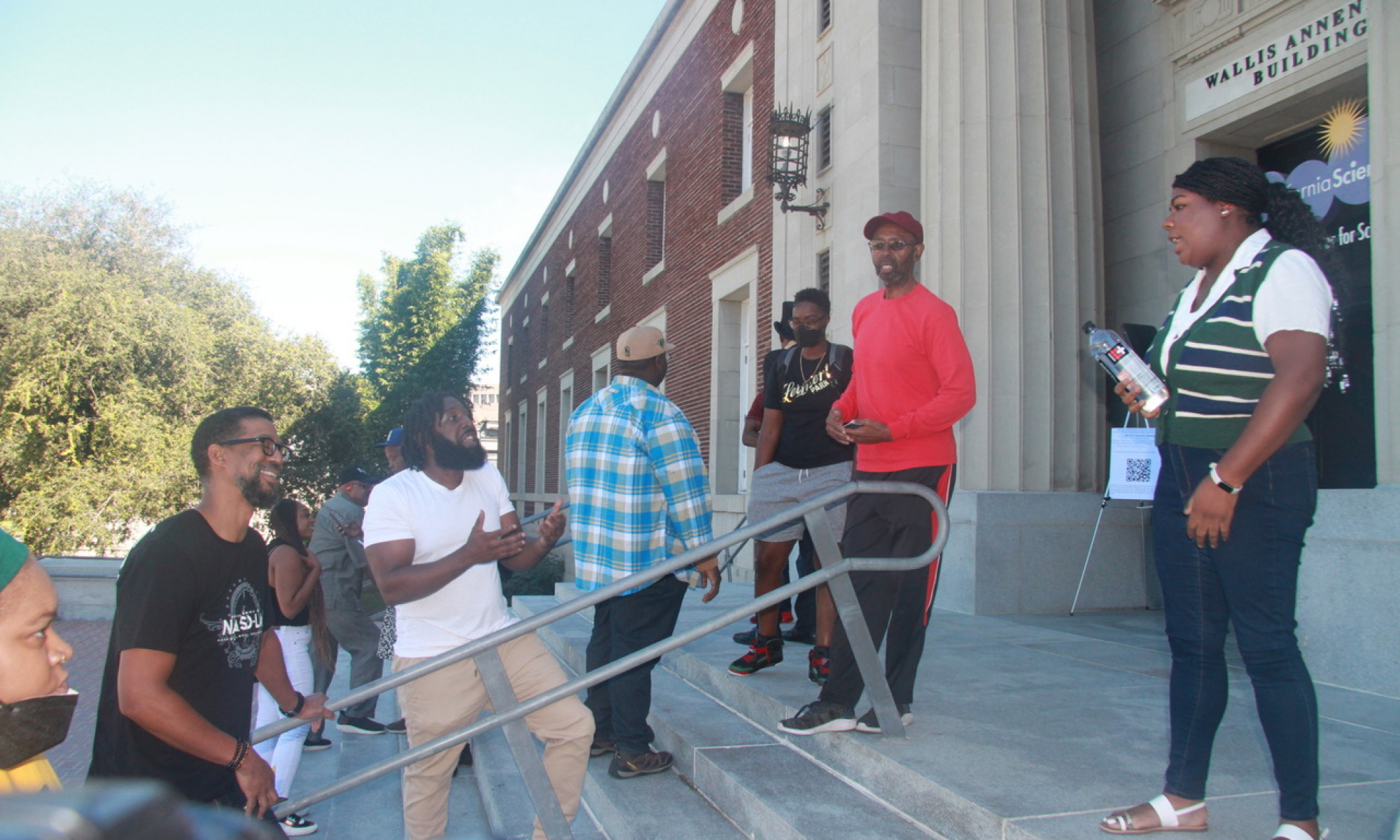 LOS ANGELES - The nine member California Task Force to Study and Develop Reparations Proposals for African Americans convened in Los Angeles at the California Science Center for its tenth meeting on Sept. 23 and Sept. 24.

The meeting opened with comments from the public with speakers passionately delivering their views on what reparations should look like.

Many focused their comments and opinions on who should and should not receive reparations. The opposing views created tension among those in the audience on an issue that the task force resolved months ago.

“I think it’s a good thing. We have a lot of passion in our community and reparations speak to the core of what makes Black Americans. I wouldn’t expect any less,” said Chad Brown, a member of the National Assembly of American Slavery Descendants (NAASDLA) and Coalition of a Just and Equitable California (CJEC).

“This is the process. I expect a lot of passion. It’s passion directed at finding solutions,” Brown told California Black Media.” 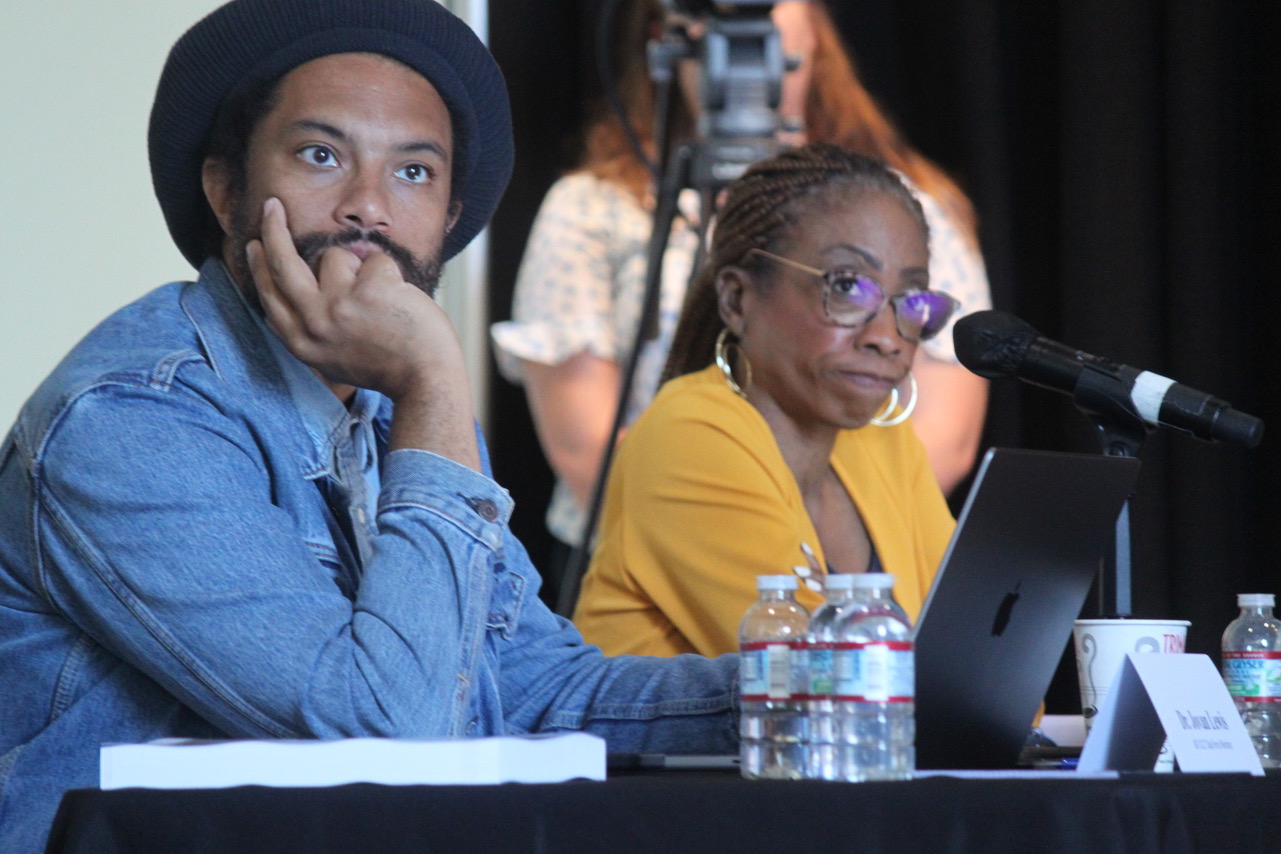 All nine Task Force members were present on the first day of the two-day meeting. Sept. 23, 2022. Antonio Ray Harvey/CBM Photo. 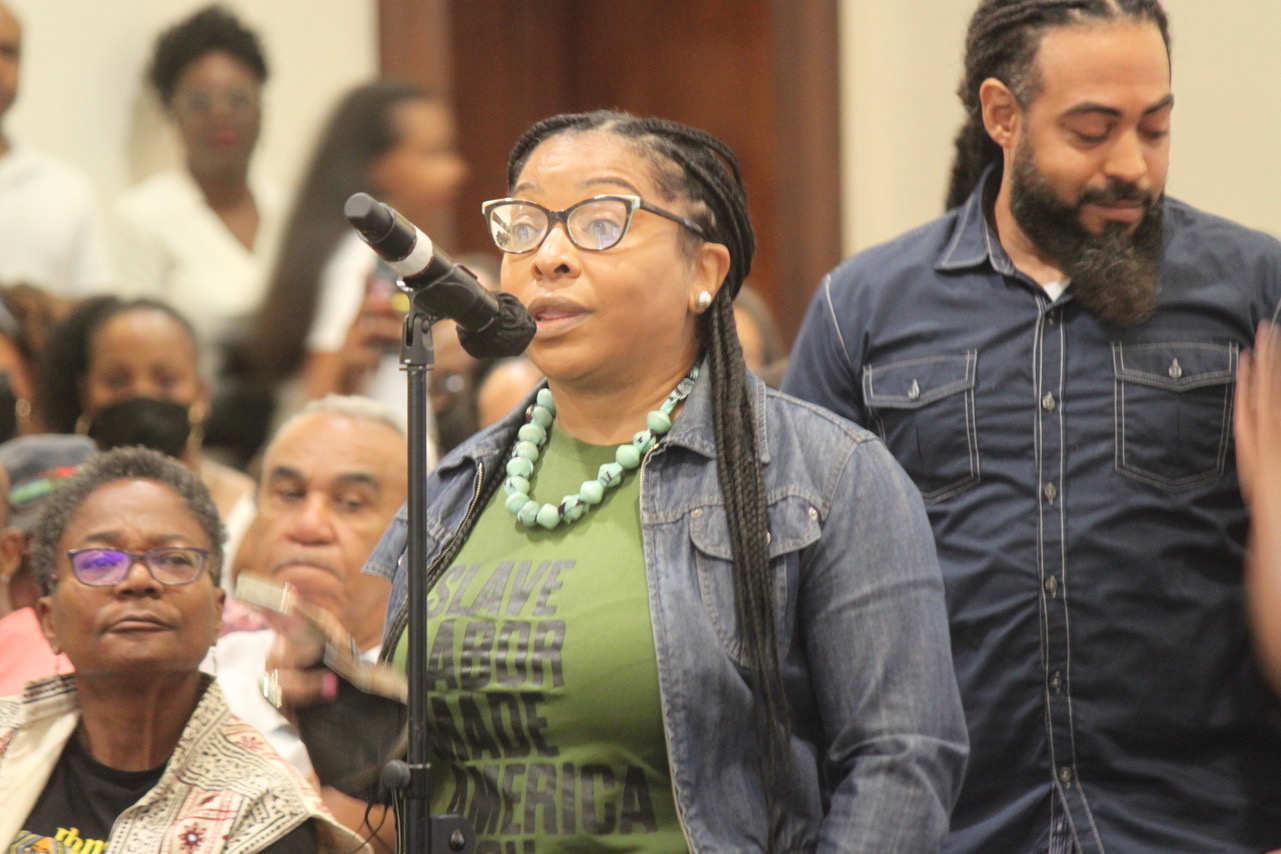 Cheryce Cryer provides her thoughts about reparations and shares issues she had trying to access a community listening session run by one of the anchor organizations. Kevin Cosney. Sept. 24, 2022. Antonio Ray Harvey/CBM Photo.

The temperature in the room rose when Kevin Cosney, associate director of the California Black Power Network (CBPN),

addressed the task force members and said that a majority of the members made a “problematic” decision in excluding people such as Africans enslaved in the Caribbean, Native Americans, and persons from the continent of Africa.

“We encourage this task force to be transparent, bold, gracious, expansive, and unified in its work of diverse opinions,” Cosney told the task force. “The fact that you prematurely rushed on eligibility is problematic and disrespects the community’s voice. We would like you to reconsider and take this into account.”

Cosney’s CBPN and Brown’s CJEC are two of seven “anchor organizations,” selected across the state to host “community listening sessions” in conjunction with the task force.

The nonprofit California Black Power Network describes itself as a “growing, united ecosystem of Black empowering grassroots organizations” collaboration to change the lived conditions of Black Californians “by dismantling systemic and anti-Black racism.”

CJEC is a state-wide coalition of organizations, associations, and community members united for reparations for the descendants of enslaved Black American men and women.

California Secretary of State Shirley Weber who authored the task force legislation, Assembly Bill (AB) 3121 in 2020 while serving in the Assembly – has taken the position that compensation should be limited to African Americans who are descendants of Africans enslaved in the United States.

“Reparations are designed to repair and heal the damages done to Africans for 400 years who (suffered) through Jim Crow (laws),” Weber said last January. “Reparations are for those who are descendants of slavery. Their ties are permanently severed from their homeland and their ability to return to Africa is almost impossible. We are truly Americans.”

Last March the task force voted 5-4 that lineage will determine who will be eligible for reparations over race.

Eligibility is determined by an individual being African American, “the descendant of a (person enslaved as chattel) or the descendant of a free-Black person living in the United States prior to the end of the 19th century,” Moore said.

AB 3121 established the task force with a “special consideration” of those who are descendants of persons enslaved in the United States. Starting with the Atlantic Slave Trade, chattel slavery was sanctioned in the U.S. from 1619 to 1865.

“We agree that there should be special consideration for those that trace their lineage back to Slavery,” Cosney said. “But we also know and understand that the system of white supremacy affects everyone who is Black on this planet and in this country.”

Members from CJEC and CBPN moved their heated discussion outside of the facility after making their comments. But, the conversations cooled off with smiles and gestures of mutual respect for opinions.

Brown said the eligibility issue is settled but he is not at odds with debating the merits of the decision the task force made who oppose it. He “stands on” the fact that Black families were impacted by slavery and “those families, descendants, are owed reparations.”

The next Task Force in-person meeting is scheduled for Oakland in December 2022 followed by San Diego in January 2023 and Sacramento in February 2023.