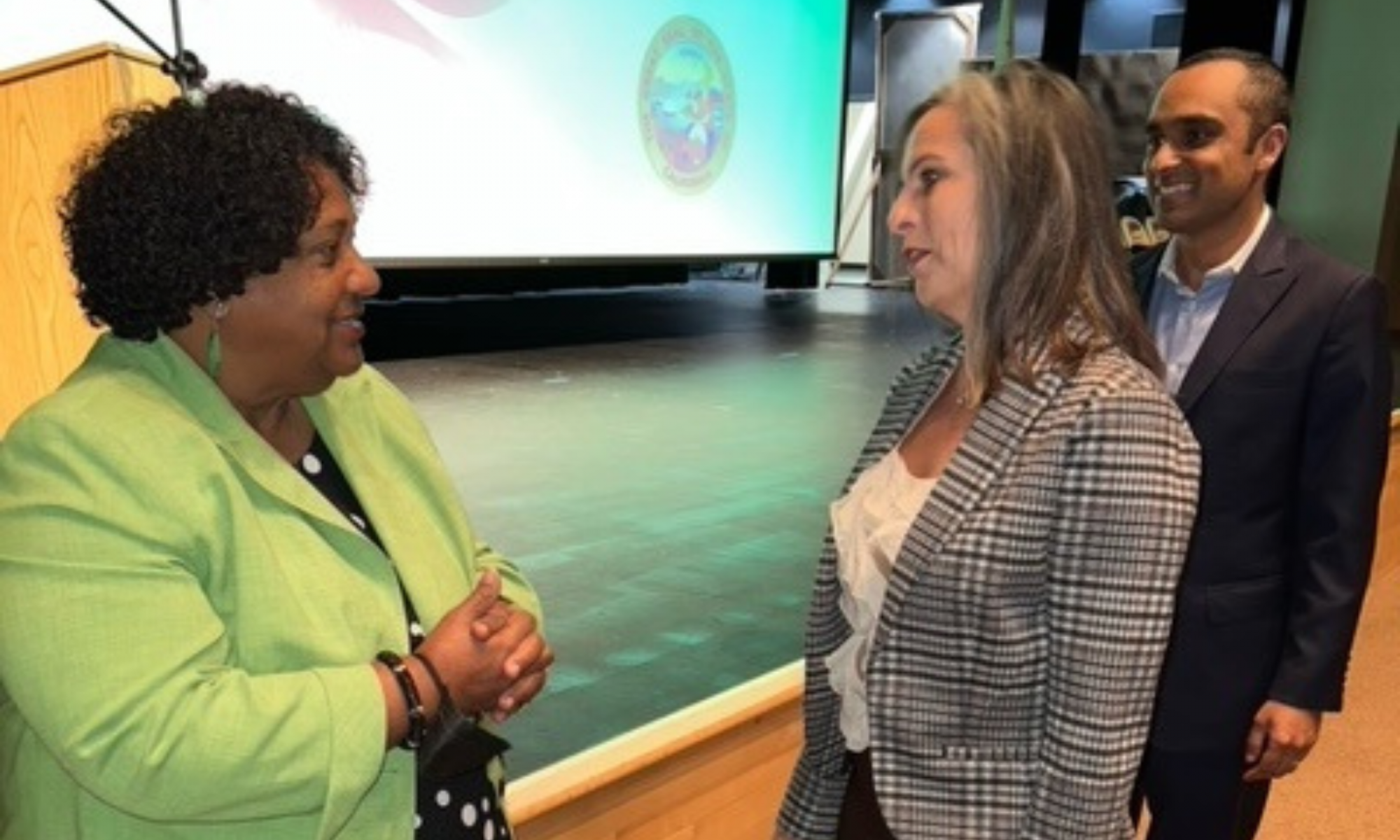 As part of a broad civic education initiative, High School Voters Registration Week, California Secretary of State Shirley Nash Weber has been traveling across the state encouraging young people to register to vote.

High School Voter Registration Week occurs in the last weeks of April and September and offers preregistration, mock voting trials, guidance for teachers and administrators, and other tools to help young people get an early start in voting. Advertising, speaking tours, and videos aimed at future voters are part of the arsenal Weber’s office is using to reach voters.

At the legal voting age of 18, many young voters are in their first years of college or at the end of high school. Through volunteering and education, they are encouraged to participate in the process as early as possible.

“California allows us to register students as early as 16, to preregister for voting,” said Weber. “We also allow those at 16 years old to work in the polls, so we want to encourage voting at every level.”

On National Voting Registration Day, last Tuesday, Sept. 20, she was at Dodger stadium reaching out to citizens and encouraging them to register. The holiday was established by a non-partisan group in 2012, with the goal of increasing voter registration and recruiting volunteers to work at polling places. The National Association of Secretaries of State and the National Association of State Election Directors are among the organizations endorsing the holiday, according to their website.

Weber is the first Black woman to hold the position of Secretary of State in California after being appointed by Gov. Gavin Newsom in 2020. She was sworn in on Jan. 29, 2021.

Her office is responsible for more than accounting for the vote, preparing for elections and campaign filings. She is also responsible for business filings and the historical archives of the state.

Weber is one of three Black women in the United States who are Secretaries of State. Tahesha Way of New Jersey and acting secretary of the commonwealth Leigh Chapman of Pennsylvania are the other two. All three are Democrats. Weber acknowledged the historic role of Black women in voting in an interview on NBC.

“Black women in this country have always been sometimes ignored and yet counted on,” said Webber in an interview on NBC. “We’ve been a silent force for change. Everyone always knew you could count on the sister in the front row to get things done.”

Weber has been an active proponent of protecting voting rights and American democracy.

On Sept. 28, she will be hosting a Voting Rights Town Hall at Sacramento State, where she will discuss the 1965 Voting Rights Act and how to further protect voting rights across the nation.

Her advocacy for the vote comes from deeply rooted personal experiences. Growing up, she remembers that her grandparents and parents did not have right to vote during the era of Jim Crow in Arkansas. Her father moved the family to California where she received her PhD from the University of California Los Angeles by age 26. Weber was a four-term Assemblymember representing California’s 79th district and was the chair of the California Legislative Black Caucus in 2020.

While Weber is pushing to include more voters in California, many places across the country have taken a different approach to voting rights. After the gutting of the 1969 Voting Rights Act in 2013, which no longer required some Southern states to seek federal approval of voting changes, many enacted new policies and laws that some deemed restrictive.

The Brennan Center for Justice tracks some of the ongoing fights over voting rights and some of the methods used by states; closing polling places, requiring identification, gerrymandering, removing individuals from voter rolls and casting doubts on the legitimacy of the process, are a few of the complaints they follow.

This year, 32 cases have been filed in fifteen states. Some of these legal complaints illustrate concerns that protections for the right to vote need to be strengthened. Campaign Legal Center v. Scott, No. 1:22-cv-00092 (W.D. Tex.), for example pointed to voting role purging enacted by then Texas Secretary of State John B. Scott. In the case, which Scott loss, the judge said it had “flawed results” which removed nearly 10, 000 voters from the rolls -- only 80 were ineligible.

When visiting Southwestern College in South Bay, on Sept. 9, Weber spoke about the need to protect voting rights and the importance of inclusion and vigilance. She challenged students to find the “courage” to defend democracy with their votes.

“We are helping people to understand that voting is power, that it is an equalizing power, and that every voter gets one vote,” said Weber. “I tell the students all the time do not give away your power … use your power to your best interest.”