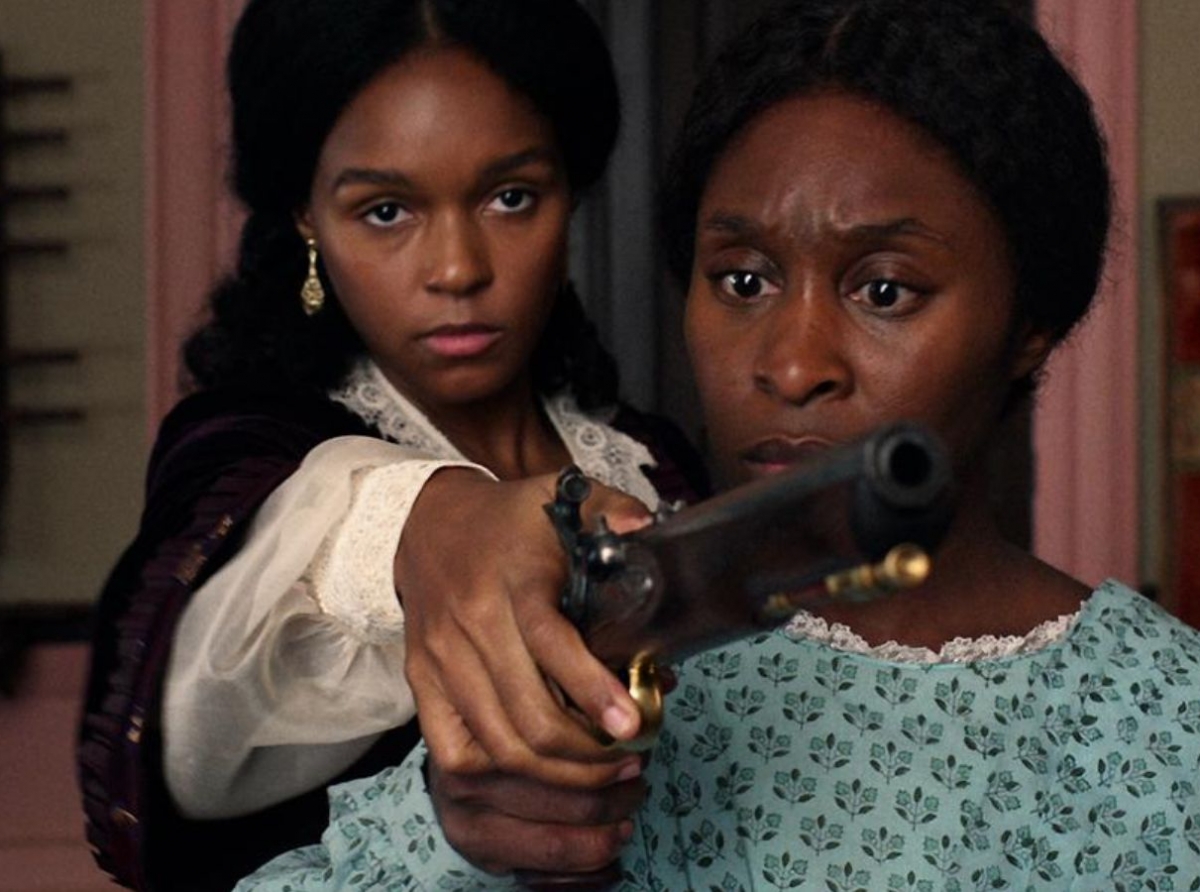 As the glorious days of summer roll away, we breathe a small sigh knowing that the fast-pace of the fall events season fast approaches. But have no fear, with the fall and winter months come some of the best movies to intrigue our guilty pleasures. Here is our hot list of some note-worthy flix to give you treasured moments of escape.

Reprising his role as Jesse Pinkman, Aaron Paul delivers a captivating performance in this final installment to the cult classic tv series. Picking up where the show left off, El Camino finds Pinkman on the run from the police, desperately searching for peace and an escape from his inner turmoil.

When a New Orleans rookie officer accidentally captures the murder of a local drug dealer on her body cam, she inadvertently uncovers an internal corruption operation involving her fellow officers.  She soon finds herself being hunted by both the local gang who protected the dealer and the corrupt officers who need to destroy the incriminating footage. Naomie Harris, Tyrese Gibson, Mike Colter and Frank Grillo star in this dramatic thriller.

Reflecting on his life as a WWII veteran and later mob hitman, Robert DeNiro portrays Frank Sheeran in this Martin Scorsese directed crime drama.  Also starring Al Pacino and Joe Pesci, The Irishman covers Sheeran’s exploits including his role in the disappearance of close friend and labor leader, Jimmy Hoffa as well as his ties to the Bufalino crime family.  While facing a limited theatrical release on November 1st, the blockbuster biopic is slated to hit Netflix on November 27th.

The long-anticipated biopic of the American hero, Harriet Tubman, finally arrives in theaters this fall. Starring Cynthia Erivo, Harriet follows the life of the civil rights crusader as she escapes from slavery and later helps free dozens of people from servitude with the Underground Railroad in the face of a growing pre-Civil War adversity. She went on to later serve as a spy for the Union and fought for women’s suffrage.

Based on the remarkable true story of a Ku Klux Klan member who opened the infamous Redneck Shop and KKK Museum in a small, South Carolina town, this biopic tells an incredible story of tolerance and love when all hope seems lost.  After Mike Burden achieved local notoriety as a top-ranking Klansman, he fell in love with a single mother who encouraged him to serve a higher purpose. A local black Reverend (Forrest Whitaker) embraced the small family in an effort to protect them from the wrath of the Klan’s revenge, all while teaching them a powerful lesson of faith, forgiveness, and acceptance. Also starring Austin Hébert as Clint and R&B superstar, Usher Raymond.

The sixth installment of the blockbuster movie franchise returns this holiday season with a guest appearance by the first Terminator, Arnold Schwarzenegger, and the original producer, James Cameron, at the helm.  From the studio, “27 years after the events of Terminator 2: Judgment Day, a new, modified liquid metal Terminator (Gabriel Luna) is sent from the future by Skynet in order to terminate Dani Ramos (Natalia Reyes), a hybrid cyborg human (Mackenzie Davis), and her friends. Sarah Connor comes to their aid, as well as the original Terminator (Arnold Schwarzenegger), for a fight for the future.”

This hilarious family comedy starring John Cena, John Leguizamo and Keegan-Michael Key centers around a group of burly wildfire fighters who must spend Christmas weekend with a trio of rambunctious children they’ve rescued, in an effort to thwart social services from sending them to foster care.

Based on the award-winning and NYT-bestselling novel Monster by Walter Dean Myers, All Rise follows an innocent 17-year old honors student and aspiring filmmaker whose world is destroyed when he is accused of murder.  After competing at Sundance 2018, All Rise is finally being released nationally.  Jennifer Hudson, John David Washington, and A$AP Rocky all-star.

Starring Kirsten Stewart, Naomi Scott, and Ella Balinska, the third installment of the popular Charlie’s Angels franchise is hitting our theaters this holiday season.  From Sony, “The Townsend Agency has expanded internationally with the most highly-trained women from all over the globe: multiple teams of Angels guided by multiple Bosleys, completing the toughest missions around the world. When a young systems engineer blows the whistle on a dangerous technology, Charlie’s Angels are called into action, putting their lives on the line to protect us all.”

Starring Chadwick Boseman, 21 Bridges tells the story of an embattled NYPD detective who is given one last shot of redemption involving finding a duo of cop killers. Unfortunately, doing so means revealing a massive undercover criminal empire that links his fellow officers. In its dramatic climax, extreme measures of pursuit are taken, including shutting down all of Manhattan’s 21 bridges.

November 22
A BEAUTIFUL DAY IN THE NEIGHBORHOOD
//  Biography

The widely anticipated story of famed children’s television star, Fred Rogers, is finally brought to life in this biopic starring Tom Hanks. Based on the true story of award-winning journalist Lloyd Vogel, after Vogel grudgingly accepts an assignment to interview the beloved icon, his perspective on life is forever transformed by the magical encounter.

Children everywhere rejoice as their classic is back for round two.  Frozen II finds Elsa and friends embarking on a new adventure beyond their homeland of Arendelle when Elsa hears a strange sound calling her from the north.

This romantic drama thriller starring Daniel Kaluuya and produced by Lena Waithe follows a black couple on a first date whose night goes terribly awry when an overzealous officer pulls them over.  After shooting the officer in self-defense, the couple goes on the run and becomes the center of a media frenzy.

The second installment in this blockbuster franchise features the old gang returning to handle unfinished business. From Columbia Pictures, “As they return to Jumanji to rescue one of their own, they discover that nothing is as they expect. The players will have to brave parts unknown and unexplored, from the arid deserts to the snowy mountains, in order to escape the world’s most dangerous game.”  Stars Dwayne Johnson, Jack Black, Karen Gillan, and Kevin Hart.

Based on the musical of the same name, CATS takes us into the world of a tribe of cats called the Jellicles, who must decide each night which of them ascends to the Heaviside Layer, allowing them to come back to a new life.  Stars Idris Elba, Judi Dench, Steven Spielberg, Jennifer Hudson, Tom Hooper, and James Corden.

The final installment of the Skywalker saga is upon us with this ninth edition.  From Lucasfilm, “The surviving Resistance faces the First Order once more as Rey, Finn and Poe Dameron's journey continues. With the power and knowledge of generations behind them, the final battle commences.” Adam Driver, Oscar Isaac, Lupita Nyong'o, Mark Hamill, Gugu Mbatha-Raw, J.J. Abrams, John Boyega and Andy Serkis all-star.

Starring Will Smith and Tom Holland, when a super spy is accidentally turned into a pigeon by his scientist partner, chaos ensues. By learning to depend on each other in a whole new way, this odd couple is forced to race against the clock in order to save the world.

Nefertiti Mitchell: Ghettoff Boutique Owner is Passionate about Erasing the Stigma on Intimacy