Independent Artists: Using these times of COVID to redefine their craft and focus on their career missions 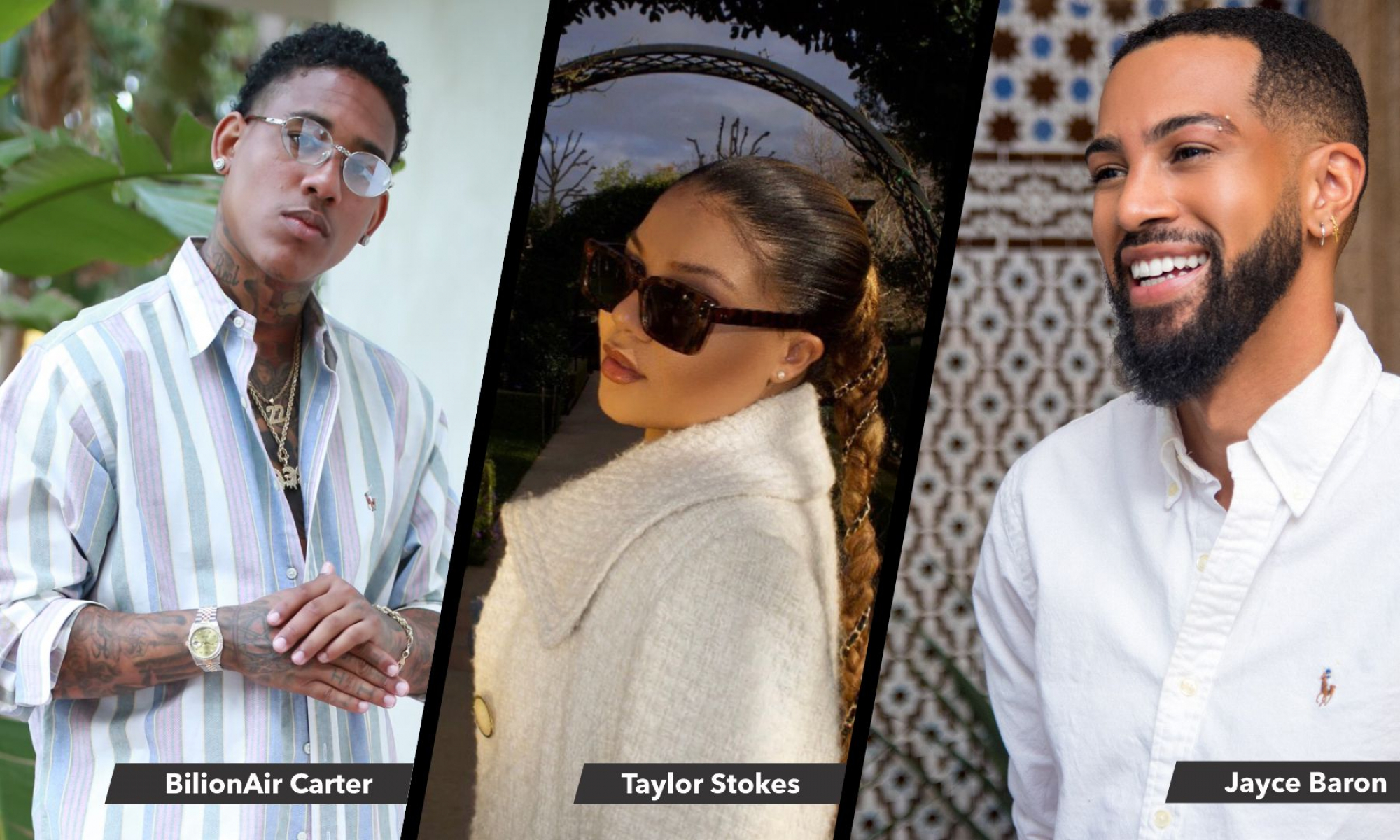 The media industry appeals to millions of people around the world. When it comes to music, most artists dream of submitting demos to record labels and signing deals.

When it comes to filmmakers, most dream of selling a script or a movie idea to one of the big studios; while that’s the goal of most, others choose the independent route. Suite Life SoCal magazine noticed some of these independent artists used the pandemic as an opportunity to go to the next level.

Meet BilionAir Carter, a childhood entertainer and athlete turned music artist. His younger brother dreamed of making beats, and after playing around making songs, Carter realized he enjoyed it. “One day, I had an epiphany, the Most High brought it to me,” he said. “‘How much money would it take to take care of everyone you love in the world?’ and I came up with a billion. I’m calling myself a billionaire to claim it.”

Carter describes himself as a versatile multi-talented individual in his third year of music with the ability to make music which attracts fans that like the music of both Bob Marley and Drake. He plans to use his platform to take care of anyone he’s able to help. His single “Good Good,” along with his video, was released in June 2021. “That was monumental. It was made in less than an hour,” he said. “The whole thing was freestyled. The energy on the song and video was nuts. There’s no cursing on the record.”

Carter hopes to connect the new school and old school, much like Taylor Stokes. Carter and Stokes are cousins and come from a lineage of music icons. Their uncle Buster Brown produced several records for artists like Yolanda Adams and Kirk Franklin and had various film soundtracks, including The Prince of Egypt and Fighting Temptations.

Stokes’s mother knew she was a star at birth. She began dancing and singing at three years old. “My entire family worked on legendary records, so growing up in this lifestyle polished me for this career,” she said. Stokes auditioned for American Idol at 16 years old. She made it to the fourth round. She felt discouraged but knew she had to push through.

Much like Stokes, Jayce Baron knows what it’s like to be “turned down” in the industry. Baron studied communications with an emphasis on entertainment. He curates art in media, podcasts, documentaries, and just about any way you can communicate.

“I’ve been in spaces where I pitched ideas, and it’s white people telling us it won’t work,” he said, “but we have to make it happen ourselves. That’s the appeal of being an independent artist.” Baron describes himself as a compassionate motivator that strives to heal the world. And he hopes to highlight the beauty and power in all people through his work. His tagline is “the intersection between advocacy and entertainment, striving to make purposeful art.”

“There is brilliance in all people regardless of background, especially marginalized people,” he said. “We’re taught we’re a subdivision of humanity. I’m here to remind you that you’re beautiful and talented.” Baron has written for several publications throughout New York and Los Angeles. He worked for five years hosting a panel for Kiss and Tell about sex and love in the LGBTQ+ community. “People think we are a united community, but we’re very divided,” he said. “I wanted to gather us and create a movement of communication.”

There he fell in love with the art behind the camera. Being an independent artist takes hard work and dedication, something Stokes, Baron and Carter know at their core. But while their paths aren’t mainstream, they know it takes a team to manifest their visions. Likewise, it takes a team to support and help execute projects. Baron thinks of Drake’s career as a testament to independent artists making it big. “I think of Issa Rae as well, and with social media, we can elevate to the front of mainstream media,” he said.

Stokes, Carter, and Baron had huge projects on the horizon when COVID-19 shut down the world. But Baron was familiar with this change. “I was in college during the recession; I dreamed about the corporate office with the ceiling windows,” Baron said. “The world was broke, and that wasn’t realistic. It changed my vision for my craft.”

COVID-19 was the first time every person in the world was impacted. But Stokes, Baron, and Carter took that time to refuel their fires. Stokes felt more creative during the pause and took the time to focus entirely on her career. Baron realized being independent requires him to be a 24-hour machine. The pandemic gave him time to think about what’s most important in life. Carter believes 2020 was a year of vision.
“It was the time to sit down, shut up and focus,” Carter said. “If you didn’t get the vision, hop on board, and we gonna get you right.” Carter is working on his EP and other projects such as sustainable gardening and planning to invest in property in Africa. Stokes is preparing her new single along with a music video and an upcoming country-wide tour. Baron just wrapped his documentary, Beyond Ed Buck, assessing the social intersections for Black people and LGBTQ+ and how unprotected the community is.

“This film took three years to make,” Baron said. “It’ll make a lot of people uncomfortable, and I’m glad to do that.” He hopes to take a break. For all the independent artists around the world, Baron urged them to stay authentic. “You’re always going to be too this or too that for someone,” he said. “Don’t be discouraged by the ‘noes’ of artistry. Everything that’s meant for you, God will give to you.”
Stokes encouraged hopeful independent artists to go against the grain to stand out.
Carter inspired artists not to be believers but to be ‘knowers’ and understand that the music industry is more about business than music. “Spend more on marketing than anything,” he said. “You can’t rely on your family; you have to reach your audience.”

He was also encouraged not to be worn down by how arduous the journey is. “Even in the trials, sleeping in your car, not eating some nights, the yin and yang has to be the balance; you need the light and the dark,” Carter said. “As soon as you doubt yourself, you’ve lost. My mentor told me to think, ‘God, I know this issue is bigger than me, but it’s not bigger than You, so handle it,’ and to know it’s already handled.”

In October, Carter and Stokes will be busy as well. Carter is planning his release party for his first EP. Stokes is releasing her video for her popular hit, Mango, which was produced by Lou Buster Brown in addition to releasing her new single, Don’t Be Shy.