The Artist Way: Balancing the DEI Composition in the Arts 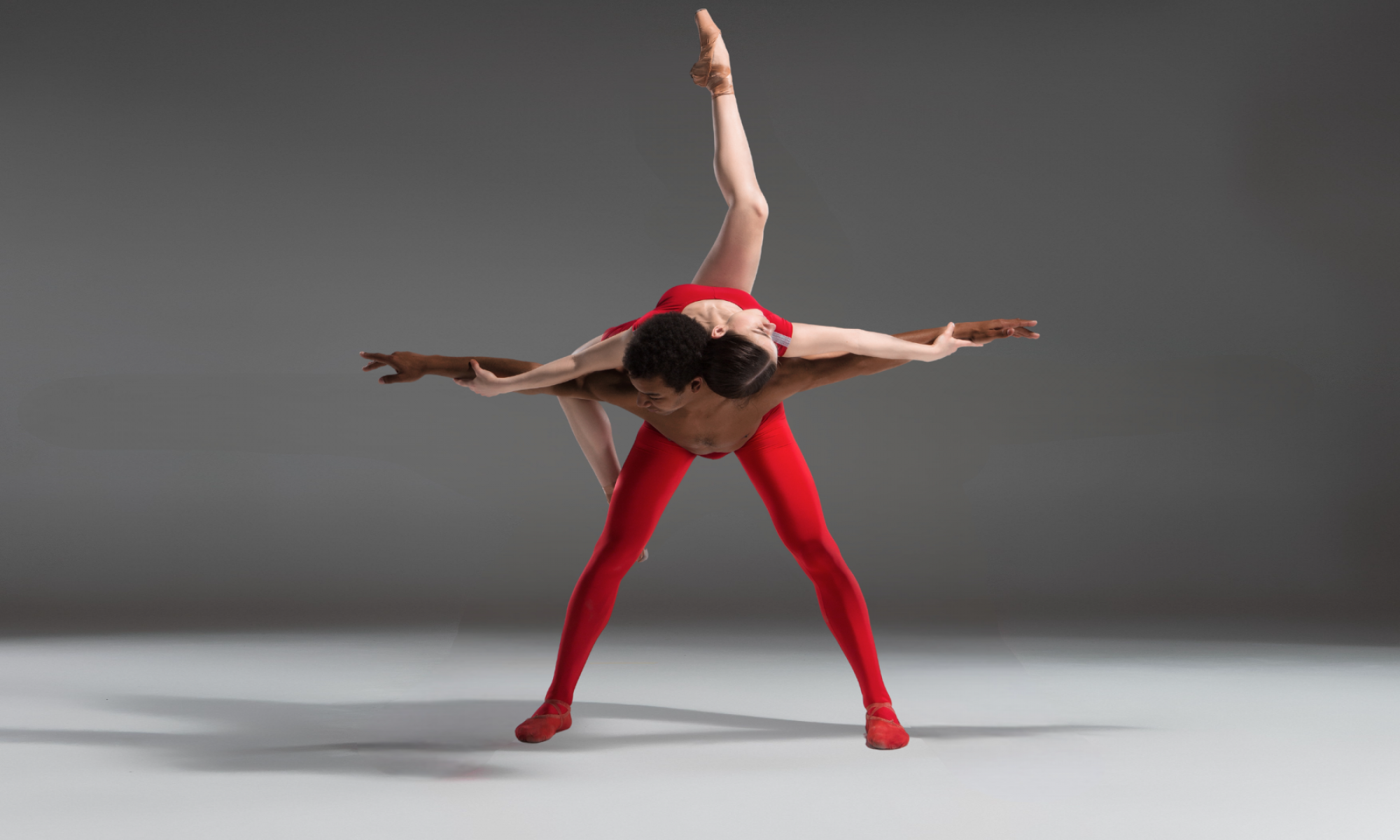 “Until the lion learns how to write, every story will glorify the hunter.” - African Proverb

The arts are all around us. Whether experienced as the creator, the aficionado, or the spectator; simple pleasures like watching a movie, taking a dance class, playing an instrument, writing a poem, painting a picture, or attending a theatrical production, become art. Defined as a very wide range of human practices of creative expression, storytelling, and cultural participation,1 the arts emanate a power that has crossed centuries and borders, strengthened civilizations, and helped buoy the modern world. The arts have created a lexicon in which others can not only study but permit themselves to dream and create the seemingly unimaginable. As the 2022-2023 performance season launches, Suite Life SoCal, a concierge magazine, is committed to promoting the arts and the many contributions of Black and Brown artists from all disciplines while telling the stories that impacts them most.

Our legacy and body of work cannot be denied. We can look at references from our ancestral heritage. We can take note of the opulent history of the Harlem Renaissance. We can revel in the albeit brief but powerful Black Arts Movement. The seeds that have been sown have cultivated legions of artists who’ve unapologetically paved the way for each generation to liberate themselves on their terms. Art is liberation.

“The Harlem Renaissance was a period of rich cross-disciplinary artistic and cultural activity among African Americans between the end of World War I (1917) and the onset of the Great Depression and lead up to World War II (the 1930s). Artists associated with the movement asserted pride in Black life and identity, a rising consciousness of inequality and discrimination, and interest in the rapidly changing modern world—many experiencing a freedom of expression through the arts for the first time.”2  In Patina Lee’s 2016 article, The History of the Black Arts Movement, she ascertains that, “Mainly the key roles were played by Black theaters and journals that began operating independently, if not differently, from the system established by the white society. Besides its initial purpose as a home for performance, dance, music, and drama, the Black theater was used perpetually as a place for lectures, talks, film screenings, meetings, and panel discussions. More importantly, it kept the spirit of a productive, activist cultural centre, as opposed to other theatres (Black or White), which were either vastly commercialized or restrictive, primarily focused on high art. Its main goal was to expose, as [Amiri] Baraka had suggested in one of his essays from this period.”3

And as we continue to expose ourselves to other parts of our rich history, we can also appreciate the culture we’ve created at home. Mark Bradford’s Art + Practice, Debbie Allen Dance Academy, Leimert Park Village, Lula Washington Dance Theatre, Crenshaw Dairy Mart, Central Avenue, The Watts Tower & Arts Center, Latino Theater Company (LTC), The Robey Theatre Company, CAAM (California African American Museum), White Hall Arts Academy, Band of Vices, Inner City Youth Orchestra of Los Angeles, the Museum of African American Art, and Destination Crenshaw are just some of the safe spaces in LA that have claimed their stake in the creative grounds of the community. These are the very places in which we can cultivate a deeper appreciation for our ancestors’ efforts and tell the stories our oppressors could not suppress.

“I want to see Black narratives. I want the story of Black Los Angeles told in wa 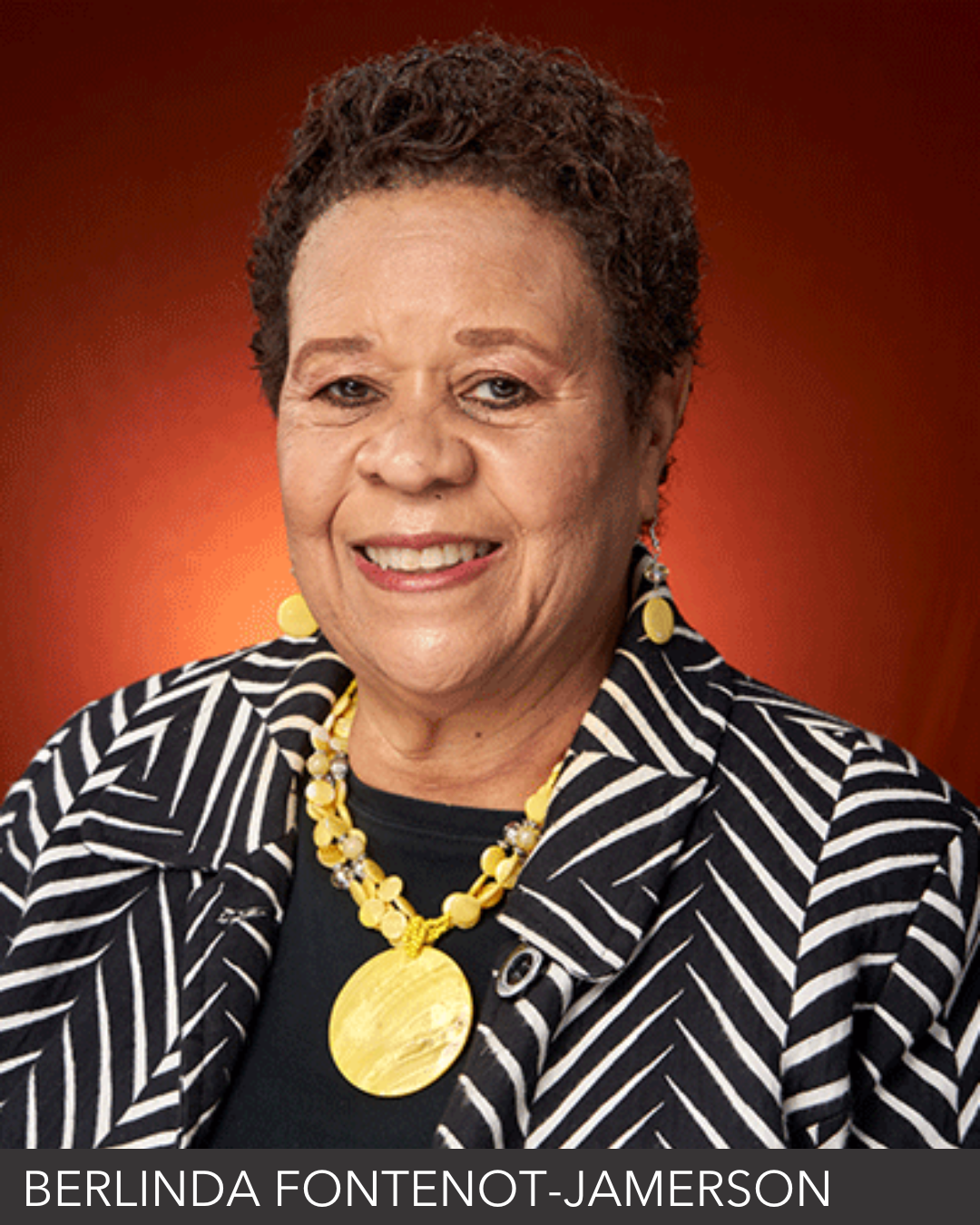 ys it hasn’t been before and I want us to be proud of that. Our kids don’t know that of the 64 explorers that came to discover Los Angeles, 50 were of African descent. We’ve had a role in Greater Los Angeles from the beginning. And as we move forward, Destination Crenshaw is telling our stories and sharing our contributions to the world and we’re unapologetic about it. We’re building a district and want this area to become what Harlem is to [New York]. That would be iconic,” affirms Berlinda Fontenot-Jamerson, Chair of the Board of Directors, Destination Crenshaw.

In the wake of COVID-19, George Floyd’s murder, and the civil unrest that followed,  the world’s con 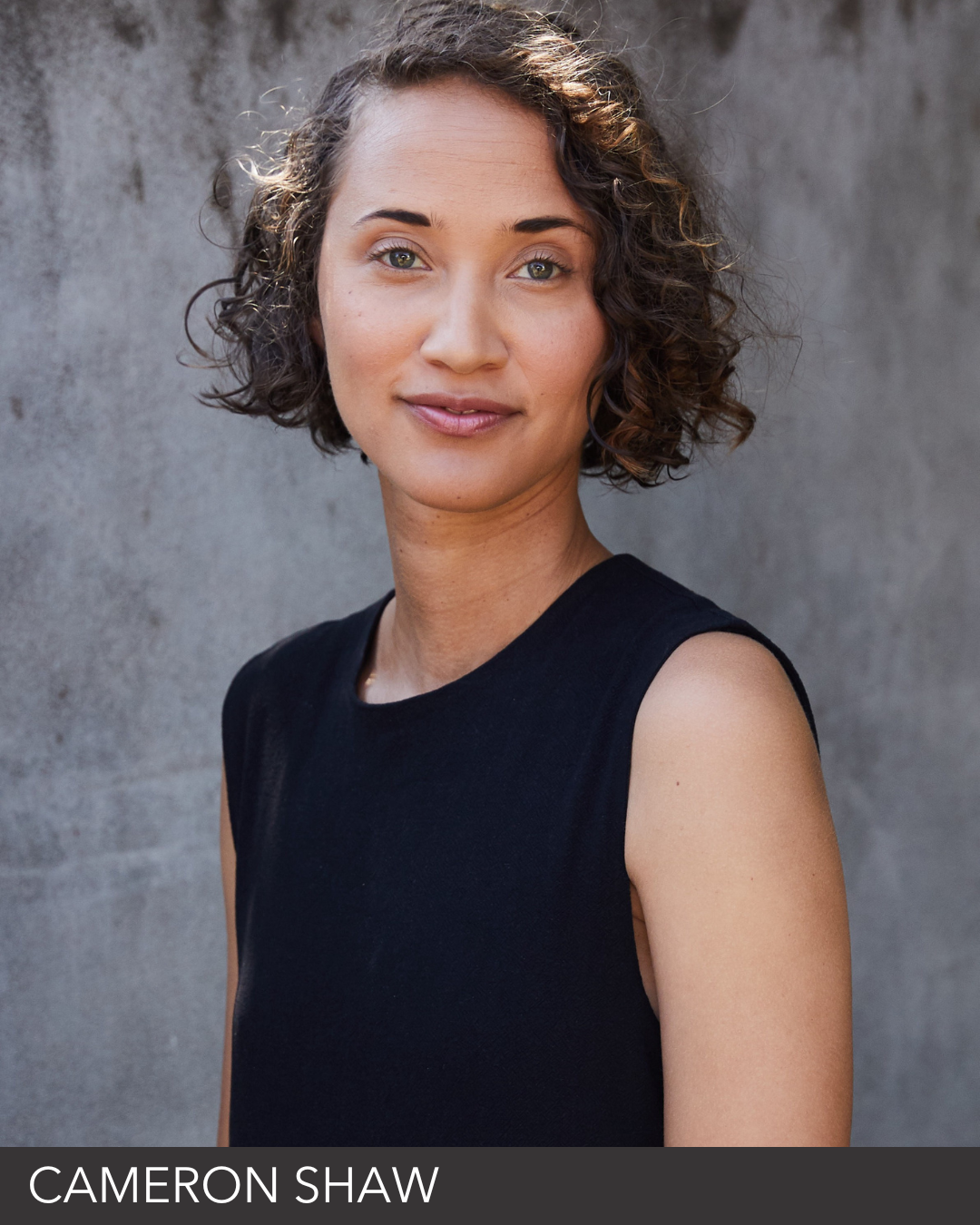 science was transformed if for but a  moment. Black squares, rally cries of Black Lives  Matter and the popularity of “wokeness” abounded.  The pandemic hit everyone hard, and the arts sector  was no different. Theaters shuttered, art showings  canceled, productions stalled with no audience to  perform in front of, and the spotlight was, for once,  heavily trained on the institutional and systemic  racism that has plagued us for centuries. Suddenly  everyone wanted in on the work that Black-led  organizations and artists have always been advocating  for. Suddenly, everyone wanted to help us be seen.  “White-centered museums are asking themselves  what it means to center Black artists, BIPOC artists.  CAAM has been doing that work for more than 40 years,” Cameron Shaw, CAAM Director, shared in a New York Times magazine article.4

Some of these acts were genuine, others performative, but notwithstanding, the show still had to go on. Many organizations and groups scrambled to form their own DEI plans. For example, in 2020, the Black Theater Coalition (BTC) launched its inaugural program under three main pillars: mobilize, implement, and transform. The BTC promised to create more jobs through strategic partnerships, support recruitment efforts, generate key data and feature Black artists’ and executives’ work. This leads to their goal to increase work opportunities for Black theatre professionals by at least 500% by 2030.

The question remains, what can we do to protect the arts? Moreover, how do we encourage diversity, equity, and inclusion in the arts? Marketing and advertising consultant and arts advocate, Carol Hall maintains that “We must 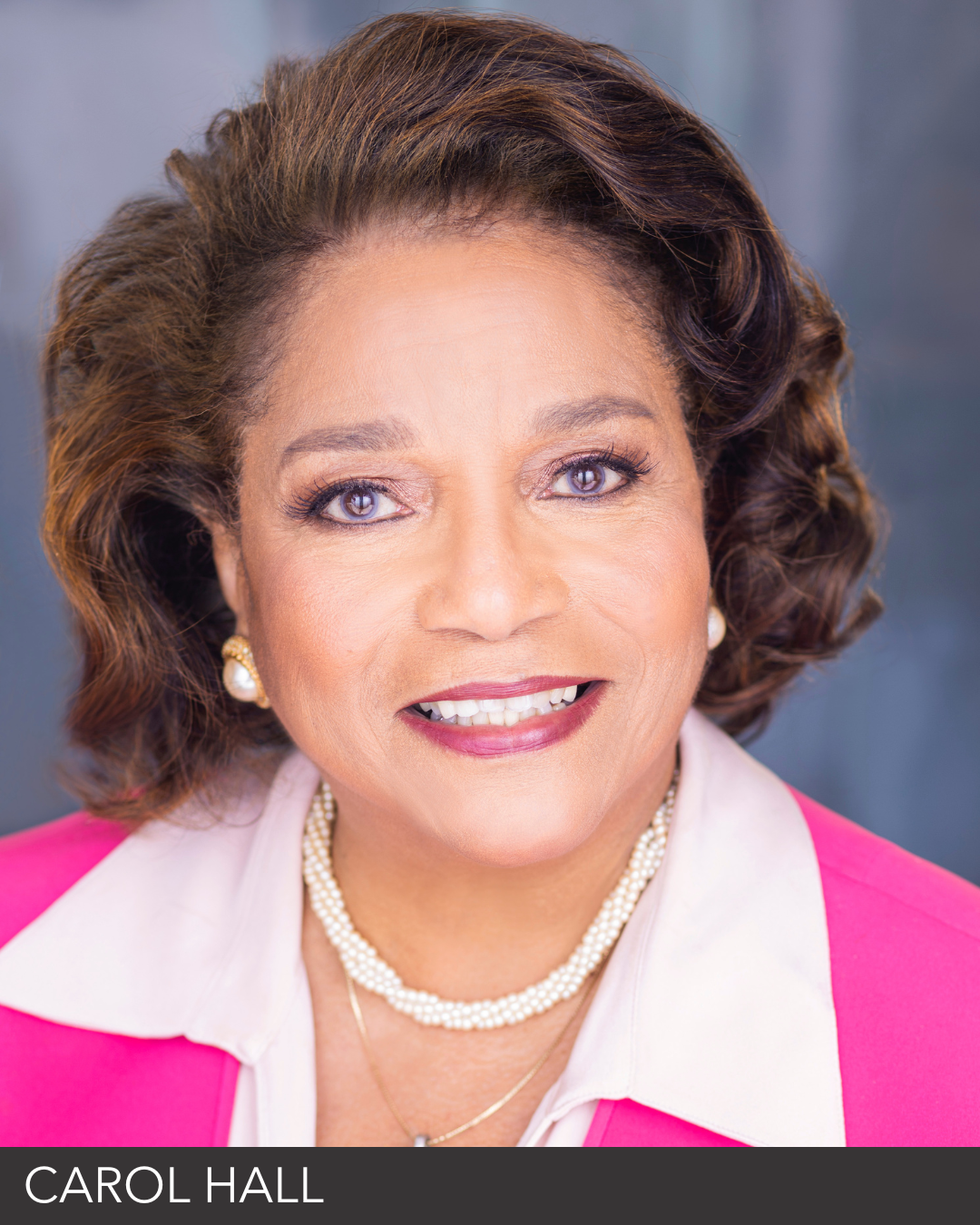 help all the arts to survive and thrive, so that future generations will have the opportunity and places in which to create and present.” It’s as important to support the arts as it is to invest in them. We can do that by seeking out and supporting productions and initiatives that bring the arts to our communities, we can help the youth understand the beauty, depth, and relevancy in their lives through exposure to both history and in action. “We must figure out how we can get the [arts] to appeal to an [broader] audience – a younger one, how do we make it compelling, how do we encourage others to see its value. How do you tell people that [the arts] are a way to tell our stories and see ourselves," laments Fontenot-Jamerson.

As audiences and funding wane, we must remember that the arts are an invitation to build community and culture, and to remain in control of our narratives. It is a knowing, a constant awakening of something more. And in this production of life, we are that more. Telling our stories is taking back our power and that is a body of work we must continue to create.