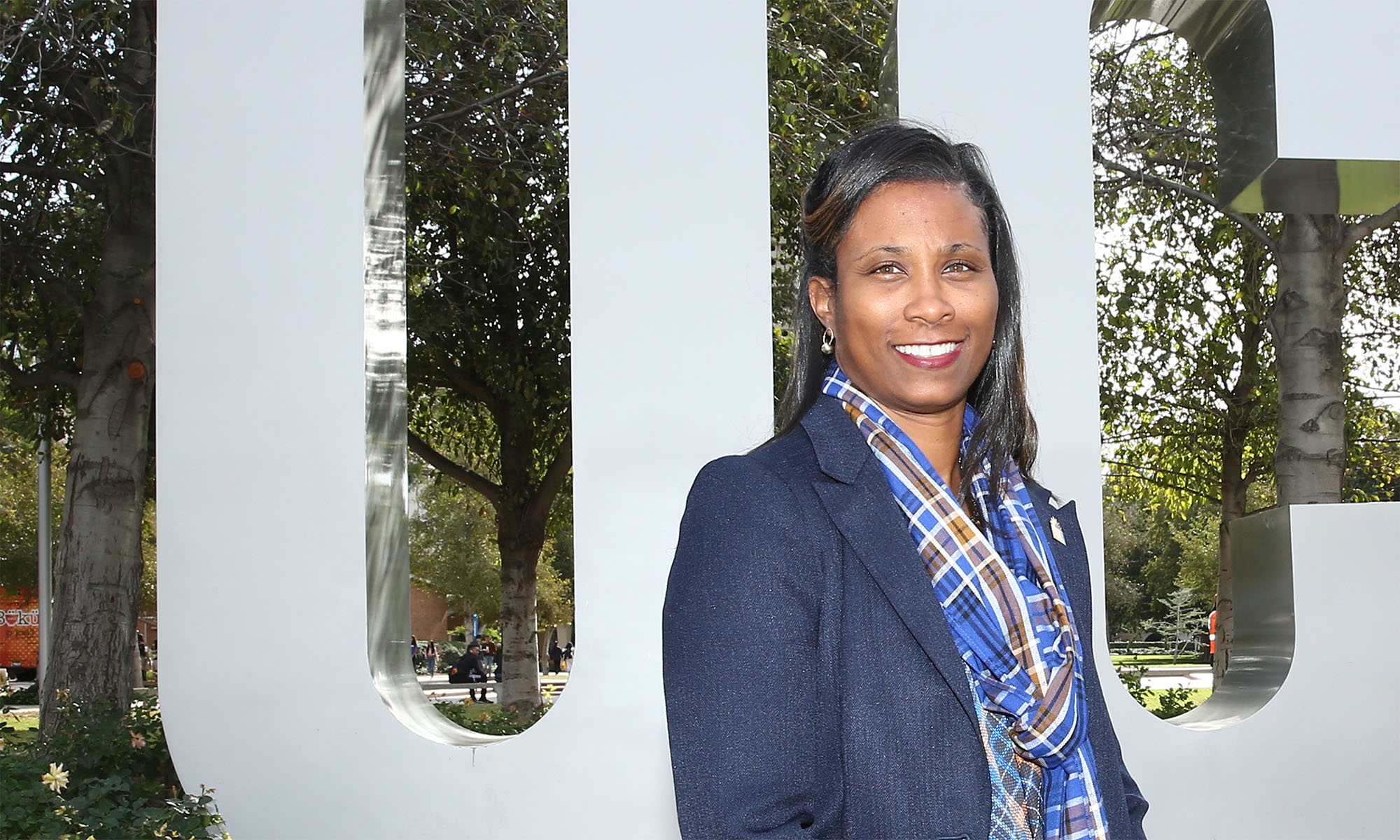 Tamica Smith Jones understands the struggles and triumphs of student-athletes well. Jones began her sports journey at a young age. Her brothers and the neighborhood youth would jump off the school bus, drop their bags, and immediately get into a game of basketball, football, baseball, you name it.

Her parents encouraged her to be involved in sports. They dedicated their yard space to the community for sports.

"My dad wanted to make sure I was picked for the games because I was always outnumbered by the boys, so he built a court in our backyard," Jones said. "We played whatever sport was in season. So, home was literally my full sports arena year-round."

Jones was an All-Conference basketball player at Lithonia High School in Georgia – and was one of a handful of student-athletes from her school to receive an athletics scholarship to college.

She received a full basketball scholarship to Troy University in Alabama and transferred to Alabama A&M, earning her bachelor's in management before completing her master's in public administration from Savannah State.

We're intentional and genuine in caring about our student-athletes' well-being and helping them succeed at one of the top public universities in the nation."

Her student-athlete experience was highlighted by her teammates and coaches, who were supportive and strong advocates throughout her sports career.

"I benefited from coaches who looked out for me not just as a player but as a person," she said.

"They cared about who we were as people, guided us through challenging times, and helped prepare us for life. One of my coaches helped get me a tryout at Alabama A&M, where I wanted to transfer. It is a connection that I'm forever indebted to."

Like many who advocated for her, Jones realized that she wanted to be a role model and an advocate for other student-athletes and subsequently began her path into coaching and college athletics administration. She now serves as Director of Intercollegiate Athletics at the University of California, Riverside (UCR), a position she has held since 2015.

Prior to her current role at UCR, a rising Division I program in the Big West Conference, she served as Senior Associate Athletics Director for Internal Affairs and Senior Woman Administrator at the University of Texas at San Antonio (UTSA) for two years. In addition, she served as the Director of Intercollegiate Athletics at Clark Atlanta University (NCAA Division II, Southern Intercollegiate Athletic Conference – SIAC) from January 2008 until July 2013.

Under Jones' direction, UCR teams have witnessed a renewed sense of purpose and energy for the campus and community. As a result, the Highlanders have won seven individual Big West Championships, the program's first-ever national championship in the weight throw, the 2018 Big West Conference Men's Soccer Tournament Championship, and a first-ever trip to the 2018 NCAA Men's Soccer Tournament/ Men's College Cup.

"Our overall focus at UC Riverside is on building a result-driven culture of champions, and in my first year at the helm, we enjoyed our most productive season in our Division I history," she told Voyage LA.

Jones published a memoir in 2017, A Ball and a Dream, sharing how she pushed through and overcame as a student-athlete, coach, administrator, and parent, to name a few. Her story is for anyone—student-athletes, aspiring coaches, and athletic administrators—in need of an illustration of hope.

Jones oversees nearly 400 student-athletes, administrators, coaches, and staff, and her relationship with the students is more profound than just sports. She takes pride in leading and guiding them in their pursuit of career goals, after sports.

On any given day, you may find her drafting a letter of recommendation for her student-athletes for graduate school or connecting them with her professional network for internships and other development opportunities.

As one of the few African American women athletics directors at the Division I level, "I see students and athletes through a different lens. I understand firsthand their experiences and challenges of what they have to go through to reach their goals," she said. "I took on the role of being a model for them because they need more advocates to guide and encourage them. I approach my student-athletes in a way they learn to interact and engage with confidence."

UCR's student-athletes collective GPA is above a 3.0, which Jones is proud of considering their demand. She stresses to them the importance of becoming a well-rounded person, not just focusing on being exceptional in their specific sport. It's a critical priority that UCR set for its students.

"We want to build a strong athletics culture by staying focused on enhancing the student-athlete experience and highlighting opportunities for them to develop outside of the classroom and their respective sport," Jones said. "The ultimate goal is to build complete student-athletes who are empowered and able to focus on their professional pursuits following a holistic experience at UCR."

Jones and UCR want student-athletes to win in the classroom, in competition, and in the community. Doing this will help continue to raise UCR's athletics profile.

"We want to get to the point when people think of UCR they think of athletics as much as academics," she said. "We're intentional and genuine in caring about our student-athletes' well-being and helping them succeed at one of the top public universities in the nation."

That also ties into student-athletes being advocates for themselves; a point addressed in the new bill making its way through California.

The Fair Pay to Play Act, signed into law by California Governor Gavin Newson in September 2019, allows collegiate athletes in the state to be compensated for the use of their name, image, and likeness, beginning in 2023. The bill bypasses the current ban put in place by the National Collegiate Athletic Association on players earning compensation apart from scholarships.

The bill is scheduled to go into effect in 2023, barring the NCAA from fighting against colleges and student-athletes.

Jones said the bill is a progressive step for college athletics.

“We don't want to lose our amateur status for student-athletes, but we believe the current model is in need of reform," she said. "There are a lot of well-qualified individuals working on this issue, and we believe collectively, we will figure this out. This is a step in the right direction and needs to be ethical across the board. There's a lot of work to be done, but as a whole, this is a shift that's necessary and should be able to benefit everyone."

Basketball season began in November, and Jones said the UCR Men's and Women's teams are off to a positive start.

She encourages the community to invest in their student-athletes and their programs and hopes people reach out to be her guest at an upcoming game.

“There are a lot of activities always going on at UC Riverside," she said, "come out and be a part of something special with us. Get to know our student-athletes – they are incredible young adults and will change the world after they graduate."