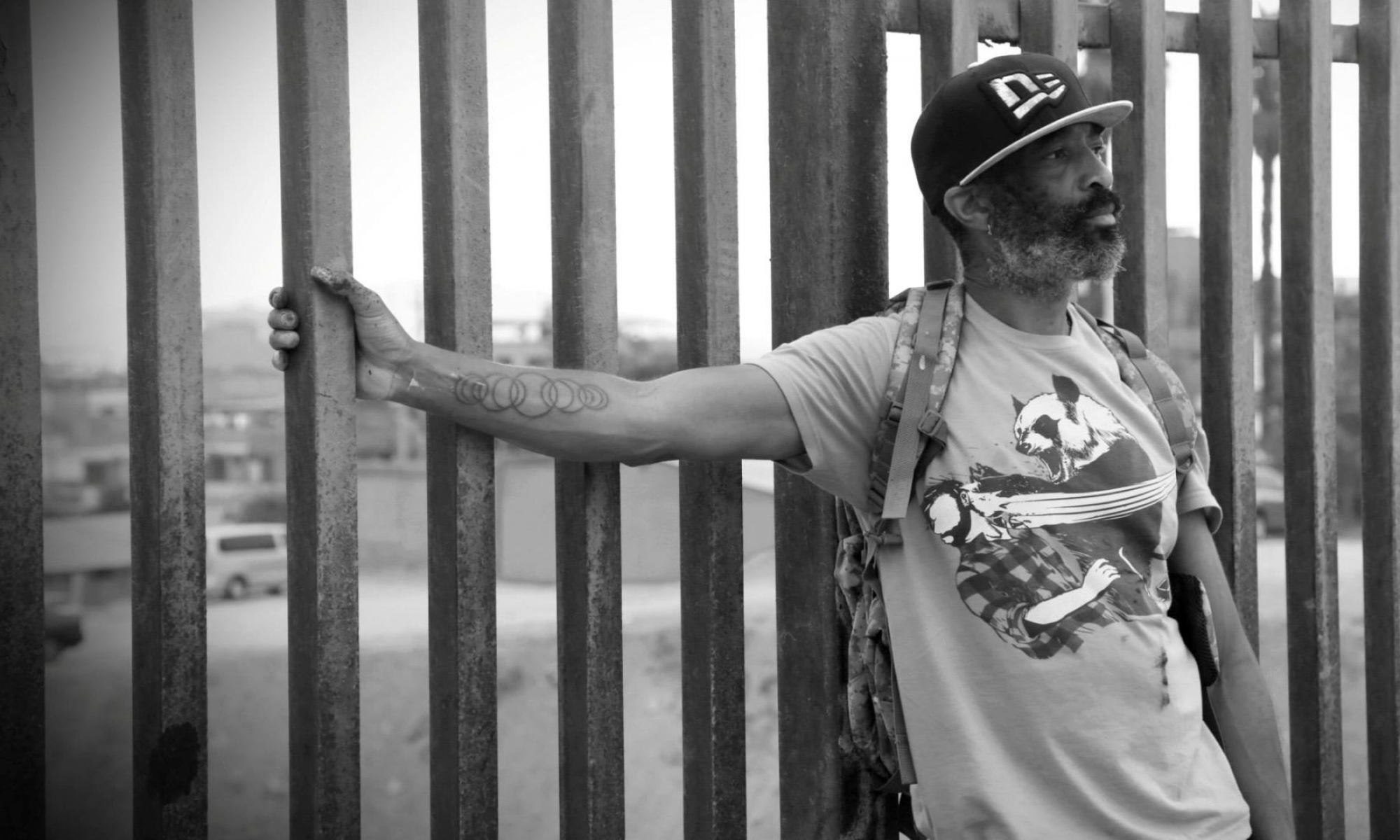 Innovative. Maxx Moses, a.k.a. Pose2, just might be the physical embodiment of this word. He's taken the art/crime of graffiti and literally painted a name for himself on trains, walls, and buildings worldwide. After he had perfected his name, he went to work on his style. With its futuristic grit and otherworldliness, he perfected that too, so the Maxx Moses style itself has become the new Pose2, or in other words, his new signature. His style and skill have garnered him recognition and allowed him to work as a commissioned artist worldwide, from Moscow to Botswana. More importantly, it's enabled him to teach children about art and hopefully inspire the world's next master muralist.

Our first conversation was in early November on a dreary afternoon, though as soon as Moses' voice filled the room, it was instantly lit. We spoke on various topics but the man's soul flares when discussing art. I mentioned one of his quotes: “Art starts just from a person wanting to leave their mark.” He smiled in response. This quote of his immediately conjured, in my mind, thoughts of the ancient beginnings of art and places like Cueva de las Manos in Argentina, a cave full of ancient, stenciled outlines of thousands of mostly left hands left by people 10,000 years ago, who Moses said, “Just wanted to leave their mark on the world– 'I was here!'”

"Art starts just from a person wanting to leave their mark.”

So, we discussed how a Bronx-born, Yonkers-raised, SUNY Brockport graduate who ended up traveling the globe painting murals; had his home studio, The Graffiti Gardens, in San Diego. He explained: “I came to California for an exhibition in LA...we did the second variation of it in ‘06 in [San Diego], so I came here to do that…though, during the exhibition, I got a chance to meet all the locals...who seemed very supportive. I mentioned we wanted to paint this wall outside, everyone got together, chipped in money and supplies...they got permission for the wall...all within twelve hours...so I was like, 'Man, this is a real supportive community.' So I was living in Philly...doing this event there all about art, graffiti, B-boys, DJs, the whole get down...and I was like ‘yo, I want to bring this event to San Diego.’ So I moved to SD with the intention of just putting together that event, temporarily, for like three months. Though after the event...which was a success, I went back to Philly, and I was like ‘ooh, I think I'm gonna live on the West Coast.’” He said it with this coolly, sly grin on his face as he finished telling the tale of how he landed in SoCal.

Moses credits his mother with planting the seed in him that, “Every human is an artist.” So I asked where he got that one-of-a-kind Maxx Moses style. He answered: “Graffiti. Taking risks, avoiding third rails with thousands of volts of electricity running through them, sneaking into train yards, because that's where the trains were. My style comes from writing my name (Pose2) over and over again.” To Moses, the New York subway was magical with all of the colors, the names, the hoods, the hundreds of examples of human expression. Their urban canvases: trains, dumpsters, and walls told the tale of their artistic movement of the '70s and '80s and grabbed their attention.

So naturally, I asked: When did you discover you had this gift and possessed the power to reach not just a person through your art but a group of people or a community? He took his time and answered with his patented thoughtfulness: “I didn't realize that I had power, personally. I realized that art itself had power.” He describes this moment of epiphany while admiring a piece of art on a train car done by Lee Quiñonez, one of the Godfathers and originators of street art. Moses said, “It was a whole train-car mural, and he [Quiñonez] was saying: 'This is the energy from my soul.' and I realized that this man was expressing what he was feeling deeply through this illegal art form, and it was like he was telling me, 'This is Power!' and I heard that loud and clear.”

Moses has murals worldwide; he's exhibited work in Amsterdam, Dubai, Paris, and Osaka, to name a few. He has murals in Chicano Park and all over San Diego. In Zimbabwe, he painted a mural called “Zenzele” with his NY street-style lettering; this mural sums up the man best, for “Zenzele” means “To do for self” in the language of the Ndebele Tribes. The perfect phrase for a self-made man.

Moses has a current project in Baltimore, Maryland called “The Good Life,” a mural 250 ft. long and 20 ft. high. He is working in collaboration with artists Leon Rainbow and Aliesha Decoy. His last international project was in Botswana and is called “Le Sedi,” which means light and was even given the name “Le Sedi” by the indigenous Botswanan artists Moses worked with.

For anyone looking to connect with Moses for art or educational workshops or mural commissions, he has websites at: posetwo.com and saywordsofpower.com, also an Instagram @maxxmoses777. His studio is located in San Diego and is called the Graffiti Gardens Studio at 6785 Imperial Avenue.