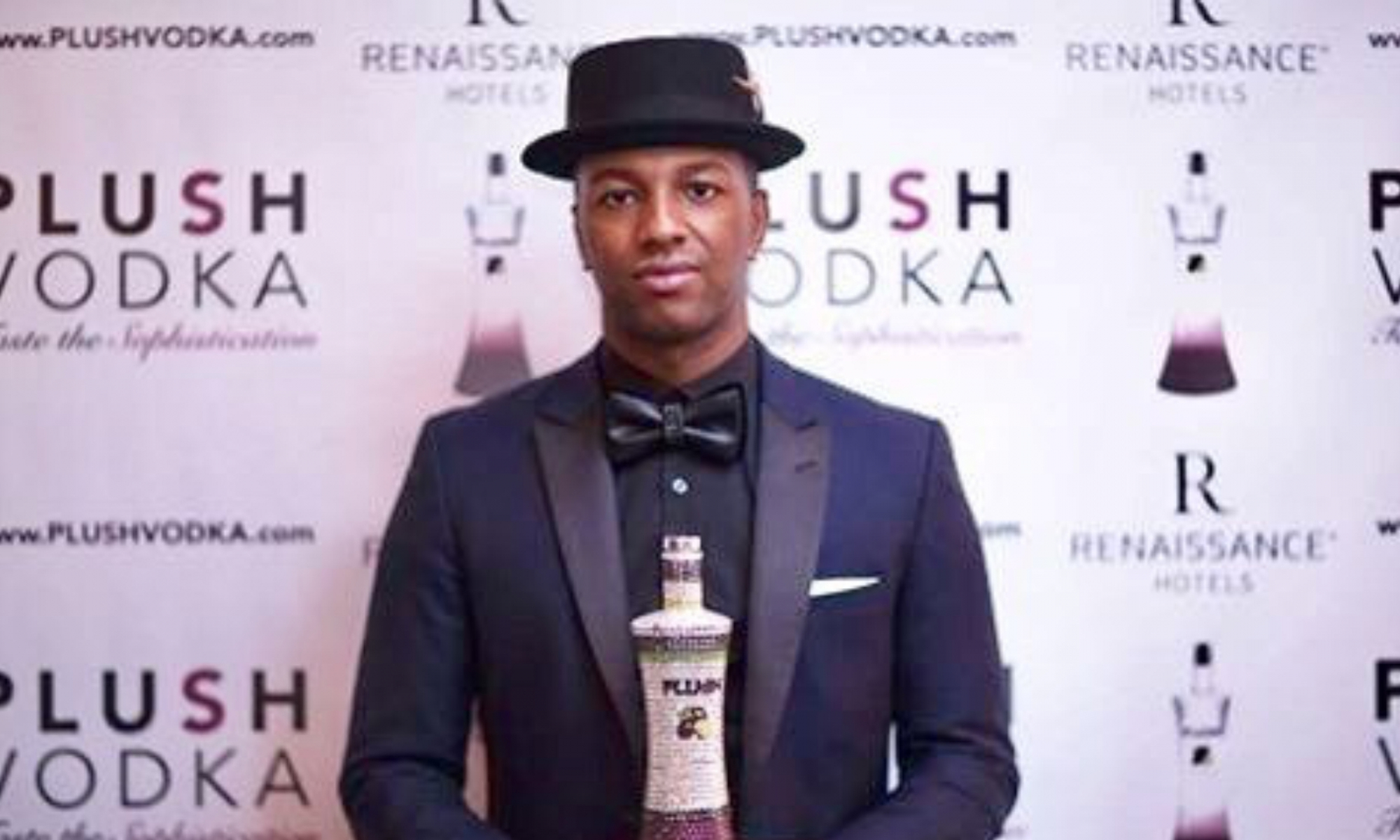 According to Hale, the idea of founding the company came from drinking flavored vodka that was a little harsh while out with friends. Hale discovered a need for a smoother flavored vodka. PLUSH’s first offering, PLUSH Premium Plum Vodka, was inspired by plum-based drinks in the far East, such as Japanese plum wine.

“I wanted to create something a lot smoother on your palette for the customers to enjoy,” Hale said. “I had the idea and basically [thought] it's a tough market, and it's hard. How would I be able to do that without major funding? For me, I'm always up for the challenge.”

Hale invested tens of thousands of dollars from his savings for PLUSH Vodka, some of which came out of profits from his previous car rental business. His investment started him off on a different foot than small business owners who seek funds from banks that have disproportionately denied loans for Black businesses.
The liquor industry is explicitly tough to break into for Black business people. The majority of spirits companies are mostly owned by white people, despite Black drinkers being the largest consumers of spirits, specifically vodka, gin, bourbon, brandy, and cognac. Black-owned spirits brands founded by celebrities have become more common, but smaller brands also carve a place in the liquor industry.

Pleasantly, PLUSH Vodka has grown during the pandemic, thanks to the company prioritizing the vodka’s placement in liquor stores years ago, at the start of the business. In-store liquor purchases became an unexpected boom for Plush Vodka at a time when other liquor businesses may have struggled due to bars, breweries, and event spaces being closed.

“I would say we grew double last year during the pandemic. There were some challenges like we couldn't do in-store promotions anymore. We couldn't do as many events that we were doing. We were doing multiple high-end events that helped us with the branding and connections, but we couldn't do those things anymore. [Our placement] in liquor stores, it was the best thing that ever happened to us,” says Hale.

PLUSH Vodka also entered the Southern California market during the pandemic, one of the biggest markets in the U.S. liquor industry.

“The culture just fits the Plush lifestyle, which represents luxury and living the high life, the beaches, and high-end events. We just launched in Southern California a couple of months ago, and it's been a great success. We started in San Diego, and then we're going to start expanding out to LA in the next couple of months.”
Hale’s advice to aspiring business owners across multiple industries is to stay consistent with their company’s activities and releases.

“You can have the biggest budget, you can have the best product, but if you're not consistent with it, there is no way you're going to be successful. I had days where I didn't know how I would cover this bill or get over this hurdle, but I just stayed consistent and kept going. The best thing you could do in any business is to make sure you have a business plan to continue looking at your goals and see where you are and adjust. Every market is different, and you're going to have to make some changes, but making sure your plan is tight, and you follow it, that's the main thing.”

When considering his legacy and PLUSH Vodka’s stance in the industry, Hale believes that his success has helped build a foothold for Black ownership in the liquor industry.

“I think PLUSH Vodka is progressing in this market during the pandemic and growing substantially; it’s big for our community. It gives inspiration to other aspiring owners of liquor brands in our community, which we need more Black owners. We're the largest consumer, largest consumers of liquor, but we own less than 1% of the brands, that needs to change. I think we're making our name in the industry enough that people are going to respect us and respect African-Americans in this industry a lot more.”

Ever
This comment was minimized by the moderator on the site

I just tried your plush vodka fir the first time. It is the smoothest vodka I have ever tasted. I work for Total Wine and from now on when someone asked for my recommendation I will recommend yours. I brought some for friends for the holiday to...

I just tried your plush vodka fir the first time. It is the smoothest vodka I have ever tasted. I work for Total Wine and from now on when someone asked for my recommendation I will recommend yours. I brought some for friends for the holiday to pass around and get the word out

Read More
Ever
There are no comments posted here yet