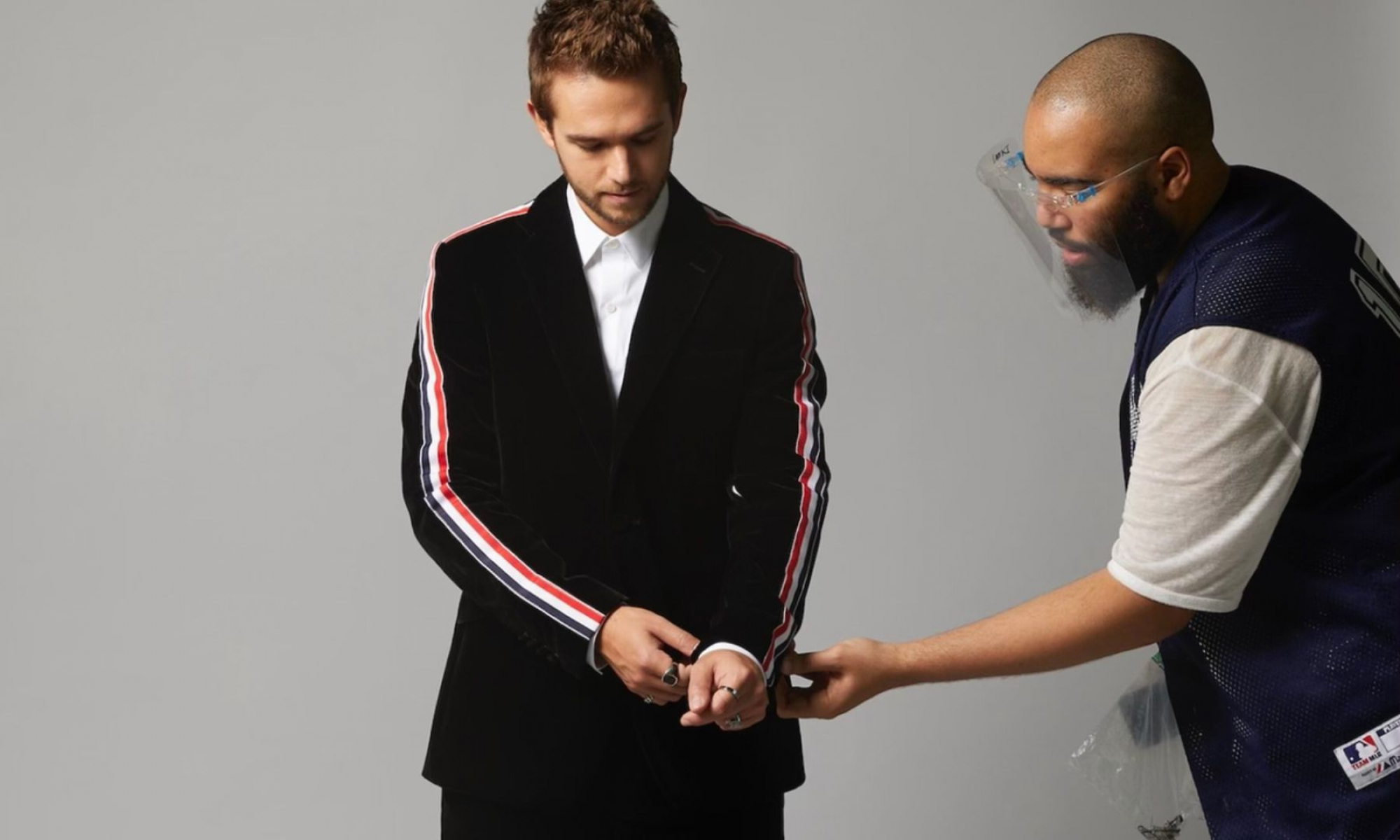 When Suite Life SoCal asked what some of his career objectives were, Demetries stated that his most purposeful goal is to contribute to Black representation in entertainment and pop culture. Specifically, he desires to create 3-dimensional characters through wardrobe, tell stories of aspiration via fashion, and invoke critical thought about marginalized communities through storytelling.

Growing up in the 90s, a booming decade for Black television, film, and music, Demetries knew from a very early age that he yearned to be a part of bringing joy to others, through artistic expression, the same way sitcoms did for him and his large family.

What struck him most from the iconic moving images of films, like Boomerang and Hoodlum, were the costumes that immediately gave audiences context clues about who the characters were before they uttered a single line.
While on a summer break from studying International Business at Pepperdine University, Demetries landed a position as an assistant in the costume department on season 2 of the critically acclaimed Kerry Washington-led ABC drama, Scandal. That experience would forever change the trajectory of his career.

Only months after Scandal, Demetries was booked as the costume designer for a SAG-AFTRA short film entitled Civilianaire Boys’ Club, executive produced by Anna Paquin and Steven Moyer of Trueblood fame. From there, he continued to grow his fashion styling business with projects such as the “Skydive” video for O-Town, creative direction for the spiritual apparel line Heaven Simone, GQ magazine x Nieman Marcus NBA All-Star red carpet for actor Mack Wilds, and a People magazine maternity feature and announcement for actress Danielle Harris.

Demetries’ hustle allowed him to fulfill a decade-long dream of studying in Paris. He then took a break from Los Angeles and moved to the global capital of fashion after receiving an acceptance letter from a prestigious French business school. His graduate studies in Luxury Brand Management broadened his knowledge and savoir-faire of the multi-billion-dollar fashion industry. With new credentials & experience from Hermès and Veuve Clicquot in tow, Dion returned home to Los Angeles on a mission to create a foundation for a full-time career in Europe, but opportunities in Hollywood began to sprout exponentially.

An epiphany dawned on Demetries while on set shooting season 8 of Shark Tank: “Why are there fewer and fewer members of the crew that look like me on higher budgeted/larger productions on which I join?” The disproportionate representation of Black filmmakers and below-the-line talent, even on films and shows led by Black actors, became a harrowing realization of the number of doors that still need to open.

The International Alliance of Theatrical Stage Employees (IATSE) is a partnership of unions and guilds that protect motion picture professionals’ rights. As of 2020, the Directors Guild of America consisted of 18,000 members, yet only 5% were African American. The Costume Designers Guild, Local 892 membership body, includes a dismal 2% of Black men. Demetries knew he was climbing an uphill battle to become their latest member, but the purpose was much larger than himself.

After years of consistent work in the entertainment field, in 2019, Demetries earned acceptance into both the Guild and the Motion Picture Costumers Union, Local 705. With new doors opened in 2019, he served as costume supervisor of Lionsgate feature film, Born A Champion, starring Dennis Quaid. In the same year, he worked as costume designer of the SAG-AFTRA short film Take My Heart, an official selection of the 2021 Pan-African Film Festival in Los Angeles.

Demetries climb to acclaim does not end there. Vogue magazine selected him as one of the best-dressed attendees of Paris Fashion Week January 2020, a great honor for any stylist. According to Demetries, this was a “career-high.” Additionally, in 2020 Demetries styled German Songwriter/Producer/DJ Zedd for the artwork of his new single, “Inside Out,” that illuminated billboards on the Sunset Strip and New York City’s Times Square on New Year’s Day 2021.

To round out 2020, he joined the Guild’s diversity committee and serves as an advocate for Black filmmakers in predominantly white spaces. Now that he’s gotten his foot in the door, Demetries is positioning himself to kick the door wide open for others to come.