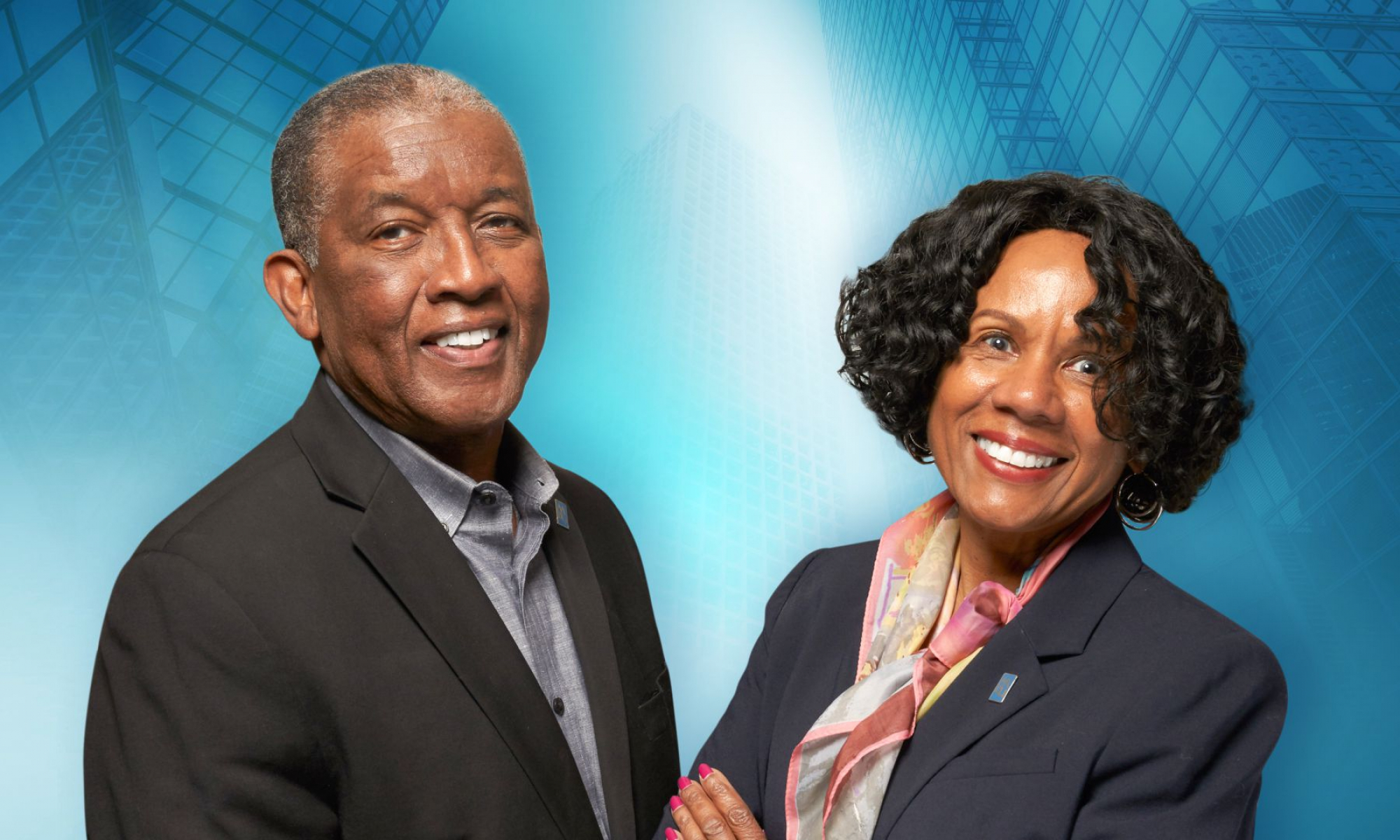 By
Mischa Duffie SuiteCauses 2021-06-06 Hits: 641
PHOTOGRAPHY BY LEON HAMILTON
Have you ever had the experience of meeting someone for the first time only to feel like it was not the first time? From the moment I saw their face and heard their voice, there was something pleasantly familiar about them. This was my experience the morning I hit the ADMIT button on Zoom to begin my interview with the founders of the African American Board Leadership Institute (AABLI).

Behind the black placeholder boxes appeared Yvette Chappell-Ingram’s and Virgil Roberts’ faces with smiles so warm that they melted away any sense of nervousness I may have had. The fact that I get to share our rich conversation about AABLI’s 10th Anniversary, challenges faced along the way, what they are most proud of, and what they forecast the next ten years to look like, is my honor.

A self-proclaimed servant leader, Chappell-Ingram answered the call of service at Travelers Rest Baptist Church and First AME Church of Los Angeles. Over time, her volunteering began to include assignments outside of the church. “I was always volunteering. I realized it met a need, and I felt that I had tapped into something.” With his own upbringing on his mind, Roberts nodded in agreement as Chappell-Ingram spoke of her affinity for volunteering. “Mom was always volunteering,” Roberts declared. “In fact, she was the first Black woman to become PTA president at May Henning Elementary School in Ventura Unified School District. Mom and Dad taught us, ‘If we love our people, then we have to serve them.’”

Working hard and serving has always been two sides of the same coin as far as these AABLI founders are concerned, which is why both have lives and careers punctuated by these noble principles. Consequently, it is no surprise that service would be the uniting force of their connection.

As former president of the California Legislative Black Caucus Foundation, part of Chappell-Ingram’s role was hosting “Meet the Funder” sessions to put funders in the room with community-based organizations. With insight she knew would be beneficial to her audience, Chappell-Ingram invited Roberts, managing partner and founder of the Bobbitt & Roberts Law Firm, to speak.

After several visits, intuition convinced Roberts and Chappell-Ingram that there was more for them to do together. The two began meeting monthly to solve problems intrinsically associated with empowering the Black community. These meetings went on for one year consistently. With a landscape of need that stretched as far as the eye could see, the plan from the start was never to be everything to everybody.
“It was more of a hope.”

Instead, Roberts and Chappell-Ingram deliberately and methodically paired their experience, sense of agency, and more than twenty-five years of experience serving on boards together to shepherd the important and necessary cause of preparing Blacks to be on business boards.

“We didn’t know supply or demand at the time. When we started, it was a one-day program at no cost to participants,” shared Chappell-Ingram. “It was more of a hope,” Roberts continued. “The first class was friends and relatives that we recruited. Over time, we built a reputation as word of mouth spread.”

Ten years later, African American Board Leadership Institute has 708 alumni from seventeen different classes, with approximately 250 alum currently serving on boards. From addressing the stumbling blocks grantees experience as it relates to getting on boards, to making sure participants understand the significance of board placement, to teaching the soft skills needed to be successful once on a board, AABLI takes pride in knowing that no one else is doing the generalized board training they have mastered and are continuously developing.

The truth of this was illuminated, in 2020, when COVID-19 initially shut things down as a prelude to eventually dictating that we do life and business differently. Like schools across the country, the in-person classes that AABLI was known for ceased. Uncertainty loomed, but not without possibility, quickly making its presence known as Chappell-Ingram recalls, “March came, and we asked ourselves do we even have a future. Three weeks later, we had forty other people registered. Twenty had already been registered. Twenty-five percent of new participants were out of state.” “They were as far as Maine, Texas, and Canada,” Roberts inserts.

Happily, one year later, AABLI is still reaping the benefits of the pandemic pivot. Virtual classes continue to attract a more extensive country-wide participation base, distinctively different from the exclusive Los Angeles participation base pre-COVID.

“I’m so happy you created an environment for Black people.”

Notwithstanding the reported success with program growth and board placements, I was curious about the most challenging hurdle AABLI has faced in closing the disparity gap where an equitable representation of Blacks on boards or Blacks leading boards is concerned. Almost simultaneously, the pair replied, “Implicit bias,” with Roberts elaborating. “Boards tend to be made up of like-minded individuals collegiately. Adding somebody, I don’t know with a different lived experience is a psychological impediment.”

At the forefront of AABLI’s work is helping organizations dispel this misguided perception and see the win-win of diversity, equity, and inclusion. Why? Because, since board placement allows an individual to help make decisions about how resources get dispersed and how funds are allocated in the community, the organization, according to Roberts, gets the Black perspective of needs they otherwise would not get if someone Black is not at the table—and they need the Black view.

In the last few minutes of our conversation, we looked back over the previous ten years with a round of questions.

What task took more effort than you thought it would? “Helping with placement. Assisting alum and nonprofits with placements,” answered Chappell-Ingram.
What makes you most proud? “The reputation we’ve developed as a training organization and the relationships that have been forged,” answered Roberts. “It’s rewarding to hear people say, ‘I’m so happy you created an environment for Black people.’”

What is taking longer than you perhaps thought it would? “We’ve spent most of our time developing a quality program. We have a great team that has expanded,” answered Chappell-Ingram.

What do you say to CEOs of other races who say there are not enough “qualified” Black men and women for board appointments? “Contact AABLI. I have even said this to headhunters.”

The next ten years...

As excited about the future of AABLI as its founders are, I had to know what the next ten years will bring. They both were resolute that AABLI is about passing the baton to the next generation and making AABLI a national organization. Roberts expounded a bit further by adding, “It looks like working with white organizations to help them understand the inherent advantage of diversity and transforming board leadership across the country.”

There is absolutely no doubt in mind that AABLI’s next ten years are as promising as projected. It is not because Chappell-Ingram has a Master of Public Administration from the University of Southern California and a Bachelor of Science in Business Administration from California State University, Northridge; or because Roberts has a Bachelor of Arts in Political Science from University of California, Los Angeles, and a Juris Doctor from Harvard Law School. But rather because these two extraordinary leaders embody the commitment, poise, vision, love, and thoughtfulness substantive change requires.

UPDATE: Since the time that this article was published, AABLI president and co-founder Yvette Chappell-Ingram announced that she was stepping down after ten years of service. The entire AABLI family and friends want to send her off in the best possible way with a virtual Farewell Event on Thursday, July 15, 2021 at 5pm PST. If you would like to them, please visit www.aabli.org for details.