Bringing the Beloved Community to Life for King Month 2020 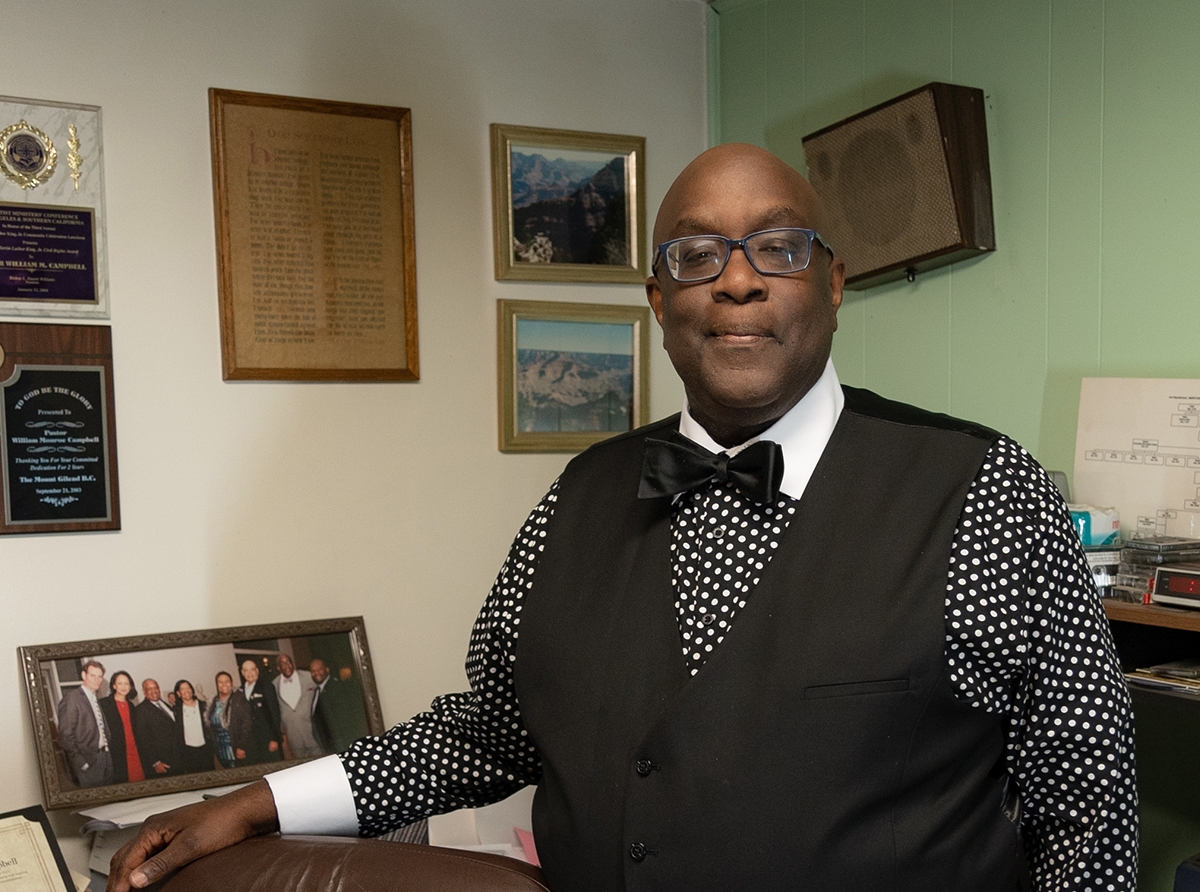 As the words of Dr. Martin Luther King, Jr. gain more resonance and importance in the current political climate, the Southern Christian Leadership Conference of Southern California (SCLC-SC) has extended their King Legacy Week into a month of events leading up to their 37th Annual MLK Gala which takes place Sunday, January 19, 2020. The month of activities are hosted by the many groups and campaigns under the SCLC-SC umbrella, including their Poor People's Campaign, the Women of SCLC-SC, and their MLK Young Dreamers for Justice.

Since February 2013, Rev. Dr. William Smart, Jr. serves as the president and CEO of SCLC-SC and has been involved in civil rights work since he was a child growing up in the South. Rev. Smart is also co-pastor of the Christ Liberation Ministries in Los Angeles, and has headed CME congregations in Birmingham, AL; Jackson, TN; as well as Los Angeles, CA. Before SCLC-SC, he served as Director of External Training and Outreach at the Los Angeles Alliance for a New Economy for nine years.

We're working with entities to create jobs for people. We're not just working on the policy aspect of it, but [also] helping people where they are right now."

The theme of SCLC-SC for 2020 is Building Martin Luther King's Beloved Community. In a phone interview with Suite Life SoCal, Rev. Smart talked about the need for community action, which has grown stronger in light of the current administration. “Our country has become so hate-filled. People are vilified for so many things today, and it all can [be] trace back to who's in the White House. That makes our role more important today as we move forward to create that 'beloved community.' It's incumbent upon us to be loving, but at the same time face the challenges in society with nonviolent, persistent protests and courage.”

Rev. Smart also spoke about the importance of Dr. King's message as we begin a new decade.

The nonprofit's 2020 MLK Month will include their traditional activities: the SCLC Oratorical and Essay Contest for L.A.-area students, the MLK Interfaith Breakfast, and their 37th annual MLK Gala where they will honor: Bishop Noel Jones, pastor of City of Refuge Church; Maya Jupiter & Aloe Blacc of Artivist Entertainment; Lola Smallwood Cuevas of the UCLA Labor Center; and the Fight For 15 Campaign in conjunction with Mary Kay Henry, president of SEIU International. Award-winning actor and singer Keith David will serve as Master of Ceremony. Some new highlights include a concert by the Inner City Youth Orchestra of Los Angeles (ICYOLA) and participation in the annual Women's March.

SCLC-SC will also hold an MLK Homeless Resources Day as a part of their well-established Poor People's Campaign, which targets temporary relief, policy change, and workforce development for poor and homeless people in Los Angeles. “We're feeding poor people,” Rev. Smart says. “We're working with entities to create jobs for people. We're not just working on the policy aspect of it, but [also] helping people where they are right now.”

A newer group that has formed under the influence of SCLC-SC is the MLK Young Dreamers for Justice, who'll be hosting a poetry slam and social for MLK month. “With our young dreamers, that's the new generation,” Rev. Smart says. “They're our new organization of diverse young people of all religions, colors, nationalities, and they're coming together to make positive change. It's in the embryonic stages, but we're really excited about the outlook for them right now.”

Immediately, however, the focus is on the 2020 elections. This election cycle, SCLC-SC is preparing to expand its advocacy beyond just the importance of voting. They plan to change the structure of the organization so that they can tell people to vote against the current administration. Rev. Smart says, “You know, one of the things that always happens during elections is we talk about your exercising your vote. But we cannot give specifics of course in the campaign or tell people who to vote for. It has become so virulent in America today that we believe, to fulfill our dream as an organization, we have to do more.”

While SCLC-SC is working toward the future, they will celebrate the mission of Dr. King and his vision of a beloved community.